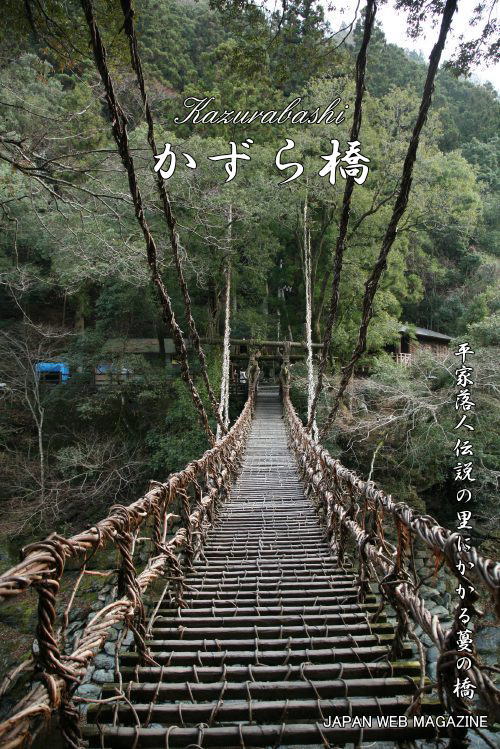 What are the chances you’re walking through the mountains and you come across a suspended bridge made of bamboo, wrapped in wooden branches, and towering over a gorge deep down below? The existence of Kazura-bashi itself is a strangh phenomenon by itself. It’s as if the bridge is alive. The bindings hold together a connection from one place to the next. It breathes. You can almost hear it sigh.

See the bridge and the surrounding scenery in a full screen. 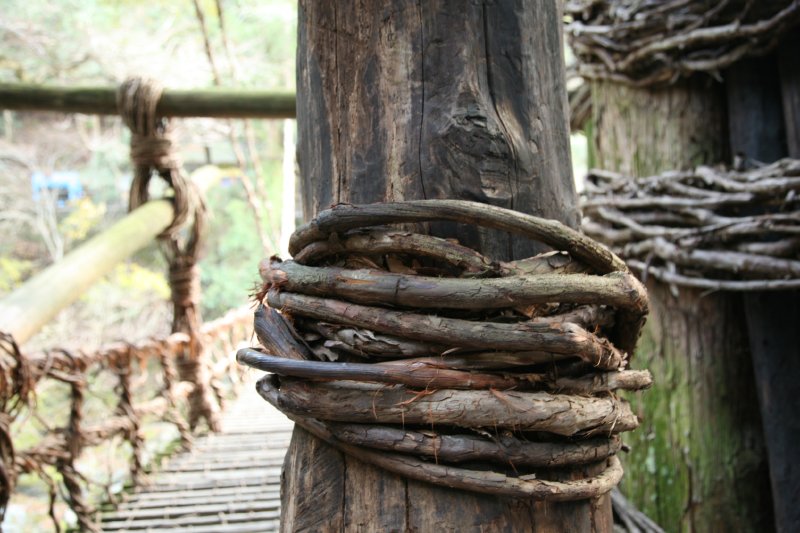 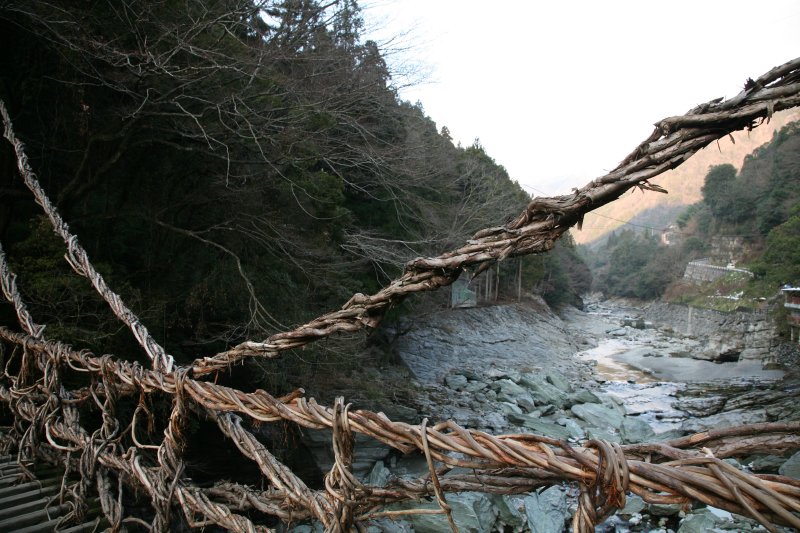 The water down below is way down below. Through the bamboo and tree limbs, you see it. You also know you don’t want to lose your footing. There’s softness in the bamboo and the branches holding everything together. Not the kind of softness that makes you wonder whether it will hold you, but a softness that makes the bridge make one believe it’s truly alive. It’s both creepy and beautiful. I, for one, feel completely safe here. Evidently, so do the several tens of thousands of people who visit the bridge every year.

The story goes, or those that exist from the days of the Taira-clan, the bridge was made with wood, twining branches and the like so that it could be cut down to escape from those in pursuit. What is known is that in the third year of Showa (1928) the bridge was refurbished. The will of the locals persevered. There are wire fittings holding the bridge together now (just to be safe). The bottom line? You want just a bit of a thrill on your trip to Japan? This is the place to visit. 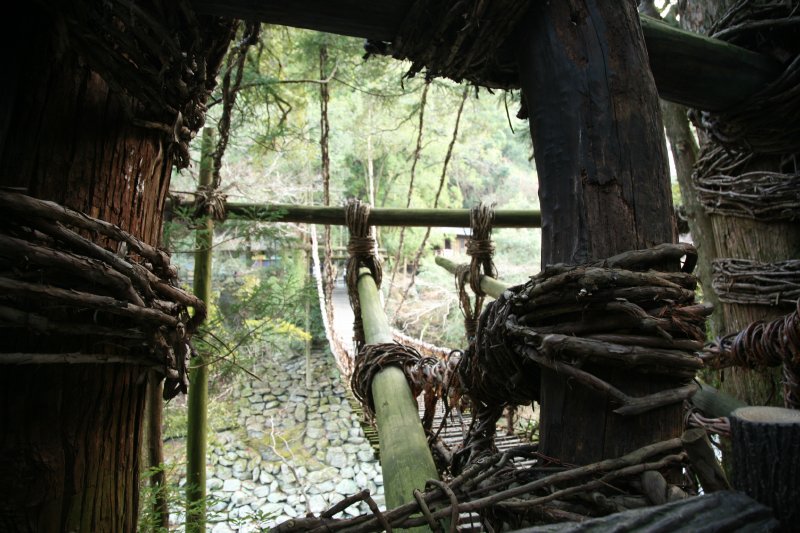 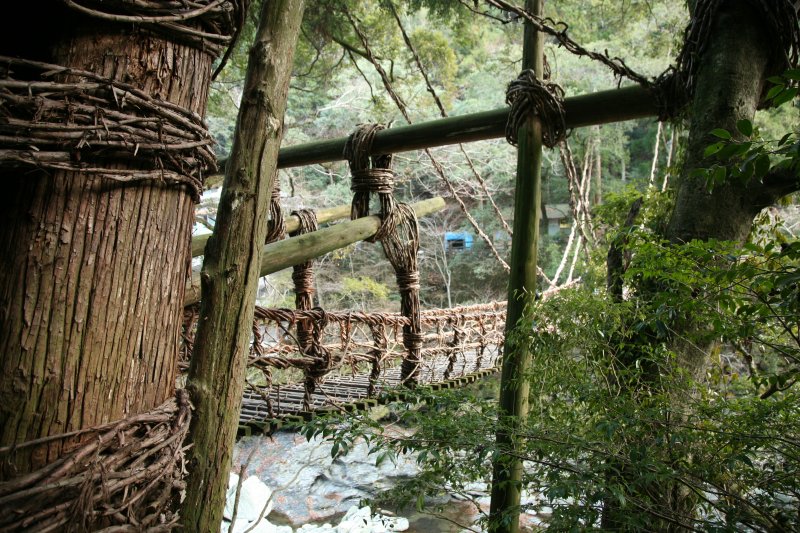 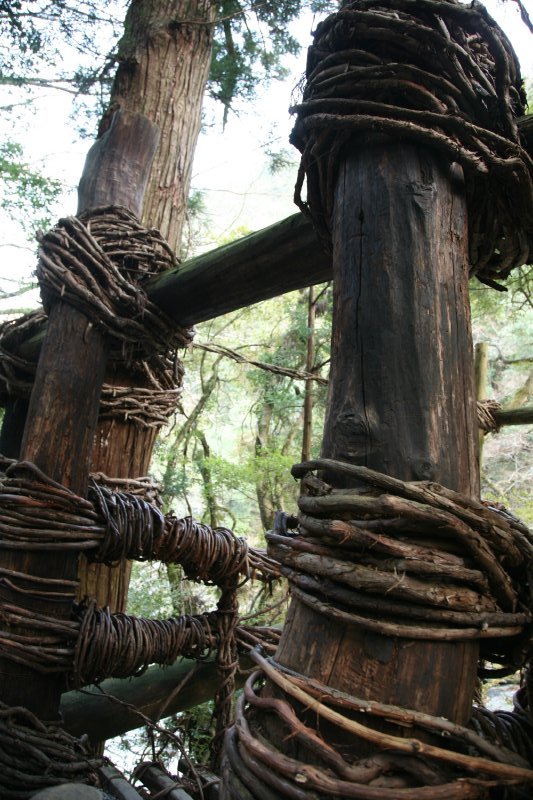 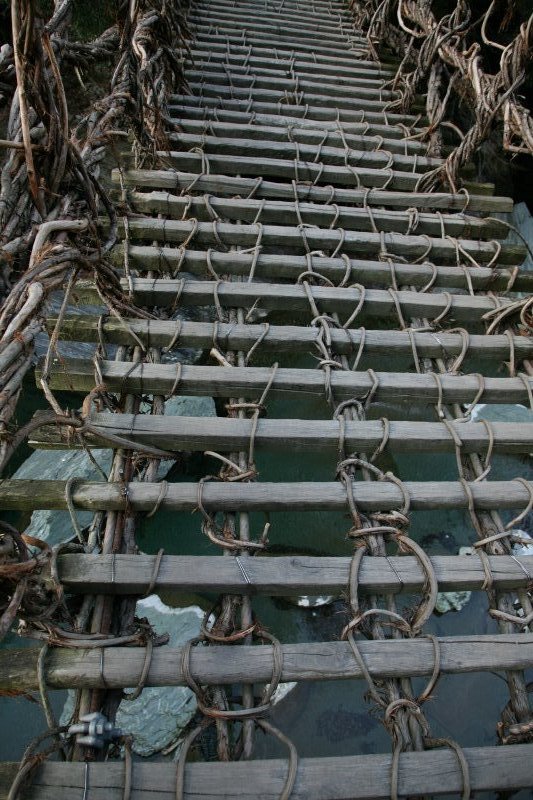 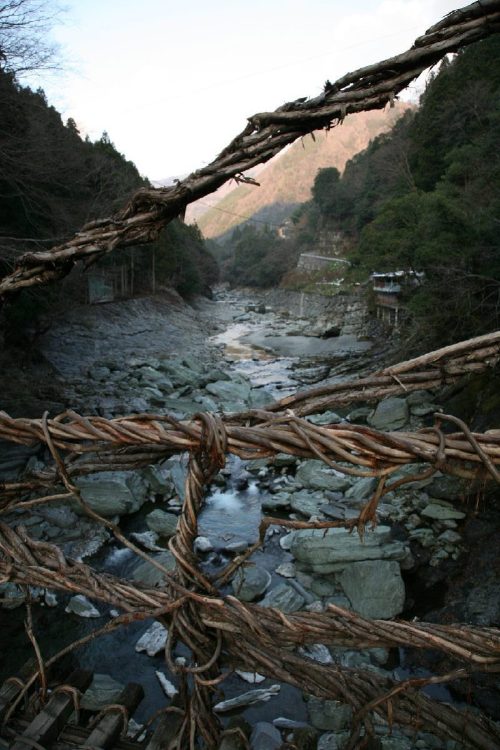 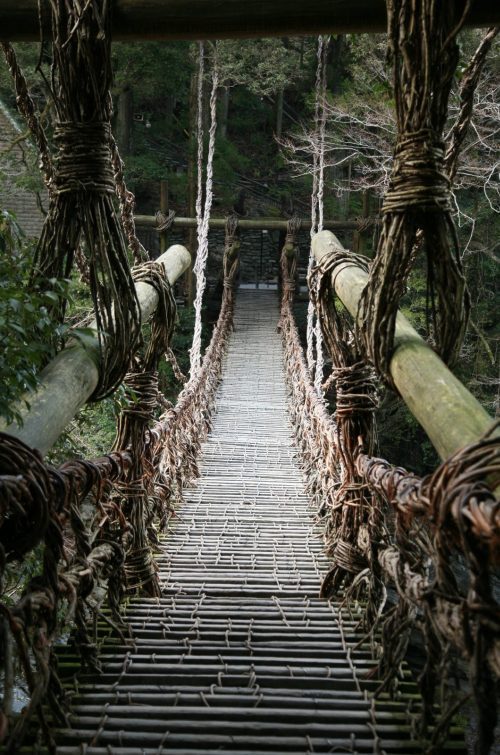 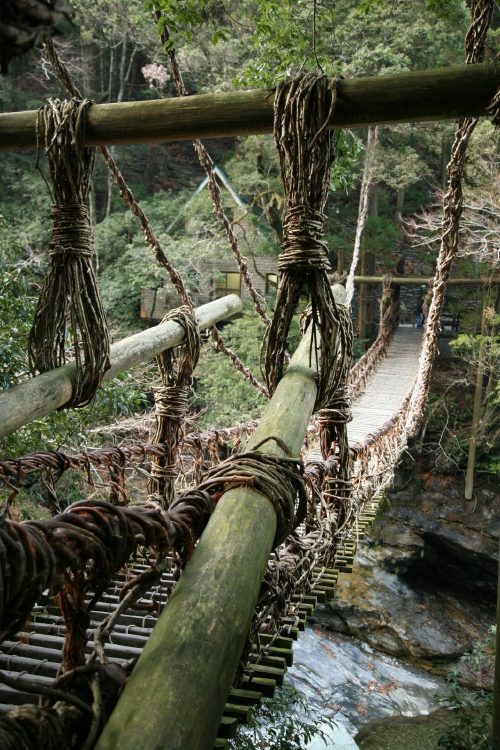 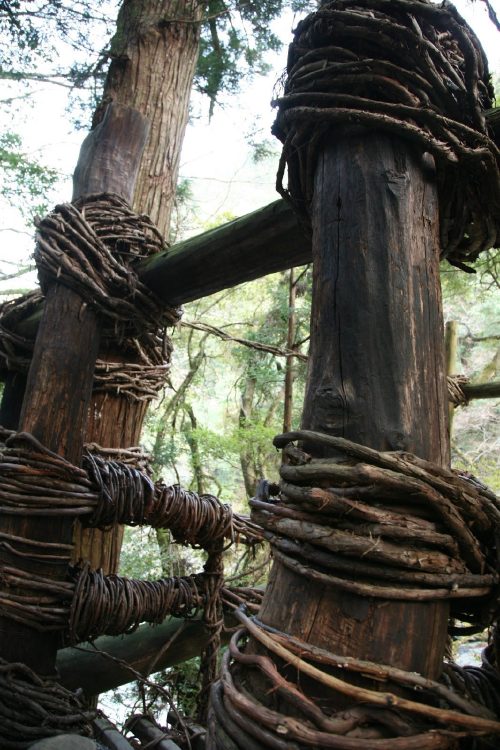 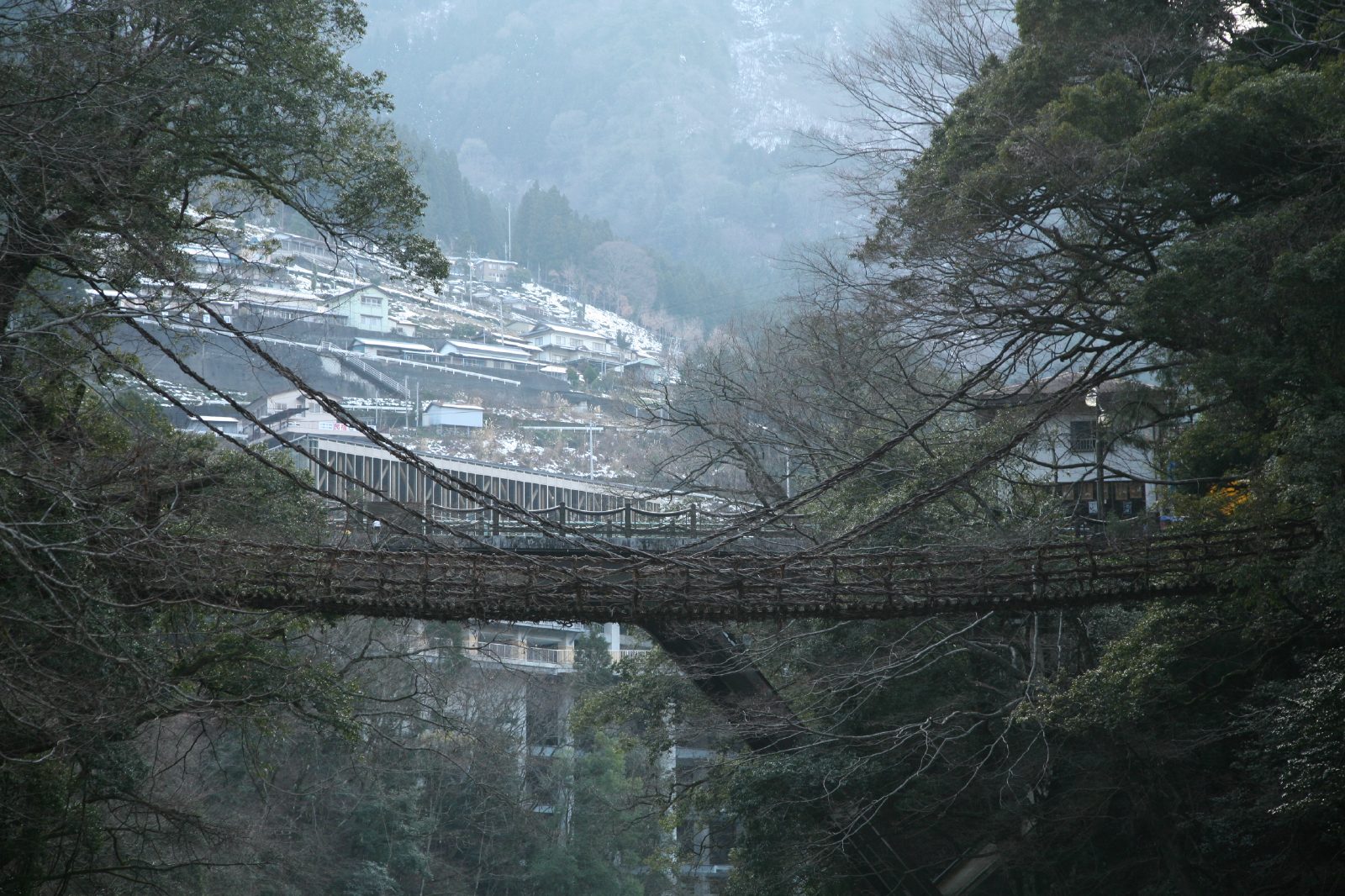 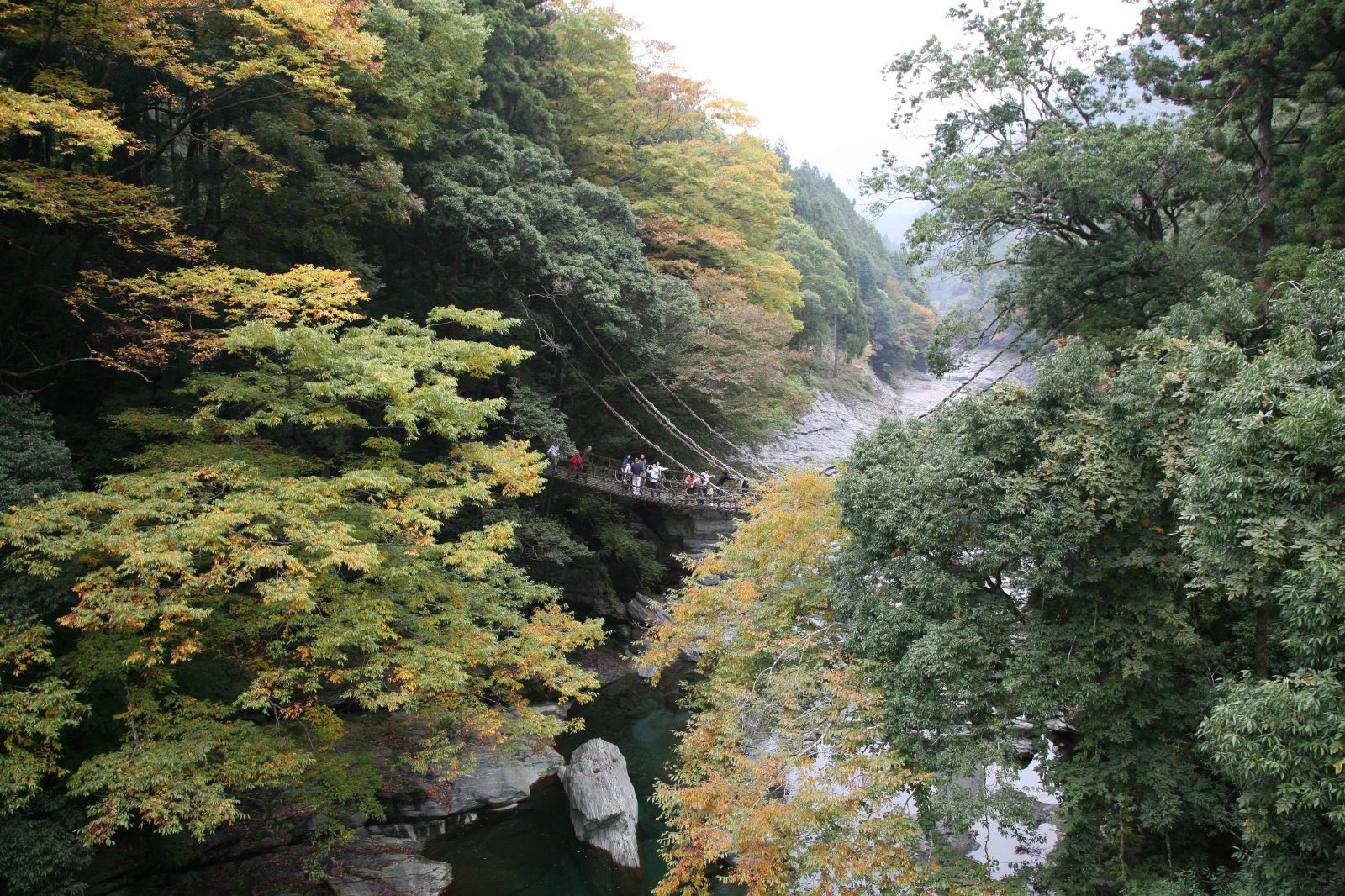