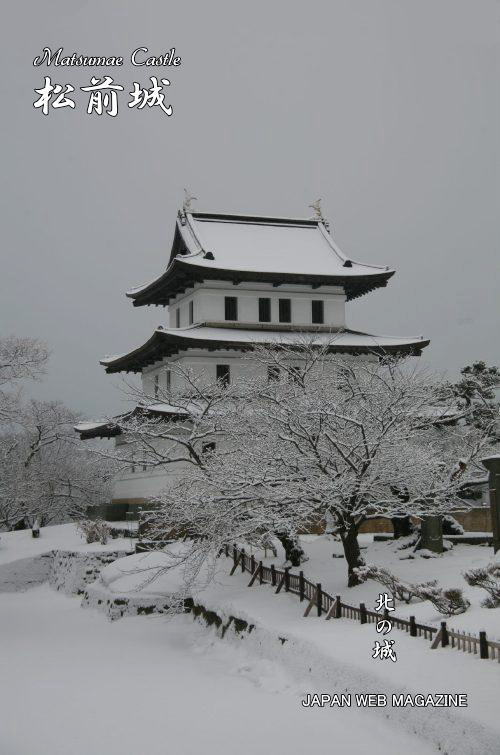 Matsumae city lies at the tip of the Oshima Peninsula, roughly 100 kilometers west of Hakodate in southern Hokkaido. During the Edo period Matsumae throve as a port on the so-called North-Bound Shipping Route (kitamaebune) that carried herring, salmon, kombu seaweed, and other fruits of the Hokkaido fisheries to Edo (now Tokyo) and Kyoto. At the center of the city stands Matsumae Castle.

Famous for its sakura cherry blossoms, Matsumae Castle attracts thousands of tourists eager to see the classic scenery of a castle amid flowers during the peak blooming season. Relatively few visitors arrive in winter, but that in itself gives the intrepid traveller a reason to venture to Matsumae Castle when all is cold and quiet. If silence could be depicted in a picture, this secluded courtyard would be its frame. Tranquility and beauty emanate from the castle walls, the keep, and the trees that stand without moving, enduring the cold, even when the sea wind sluices over their bare branches-all cloaked in snow. This is a beauty not of vivid colors, but of stark, still monotones. The castle is especially worth visiting in twilight, when you may glimpse specters in the gloaming, and at night.

See the Castle and the surrounding scenery in a full screen. 1

See the Castle and the surrounding scenery in a full screen. 2 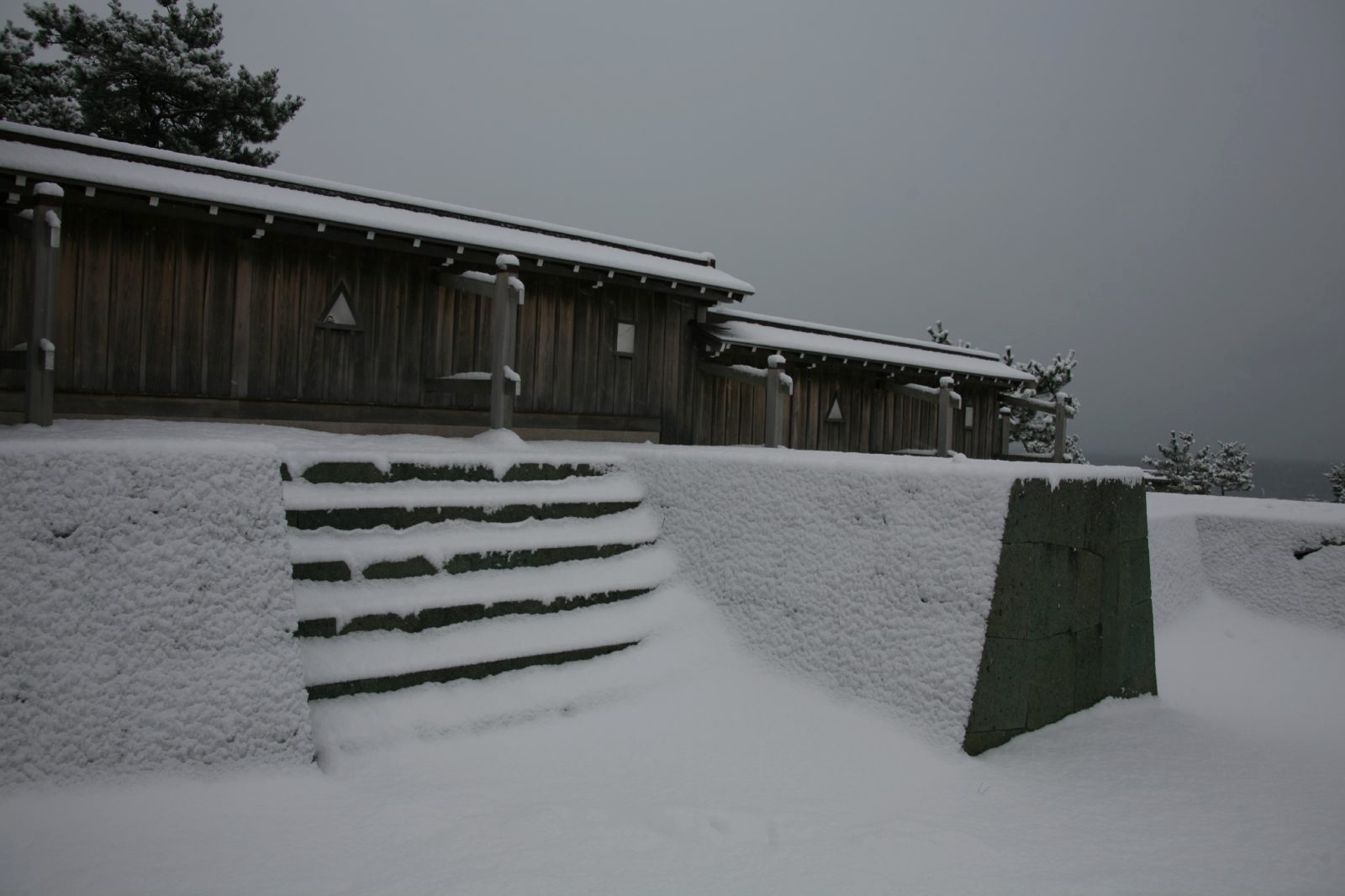 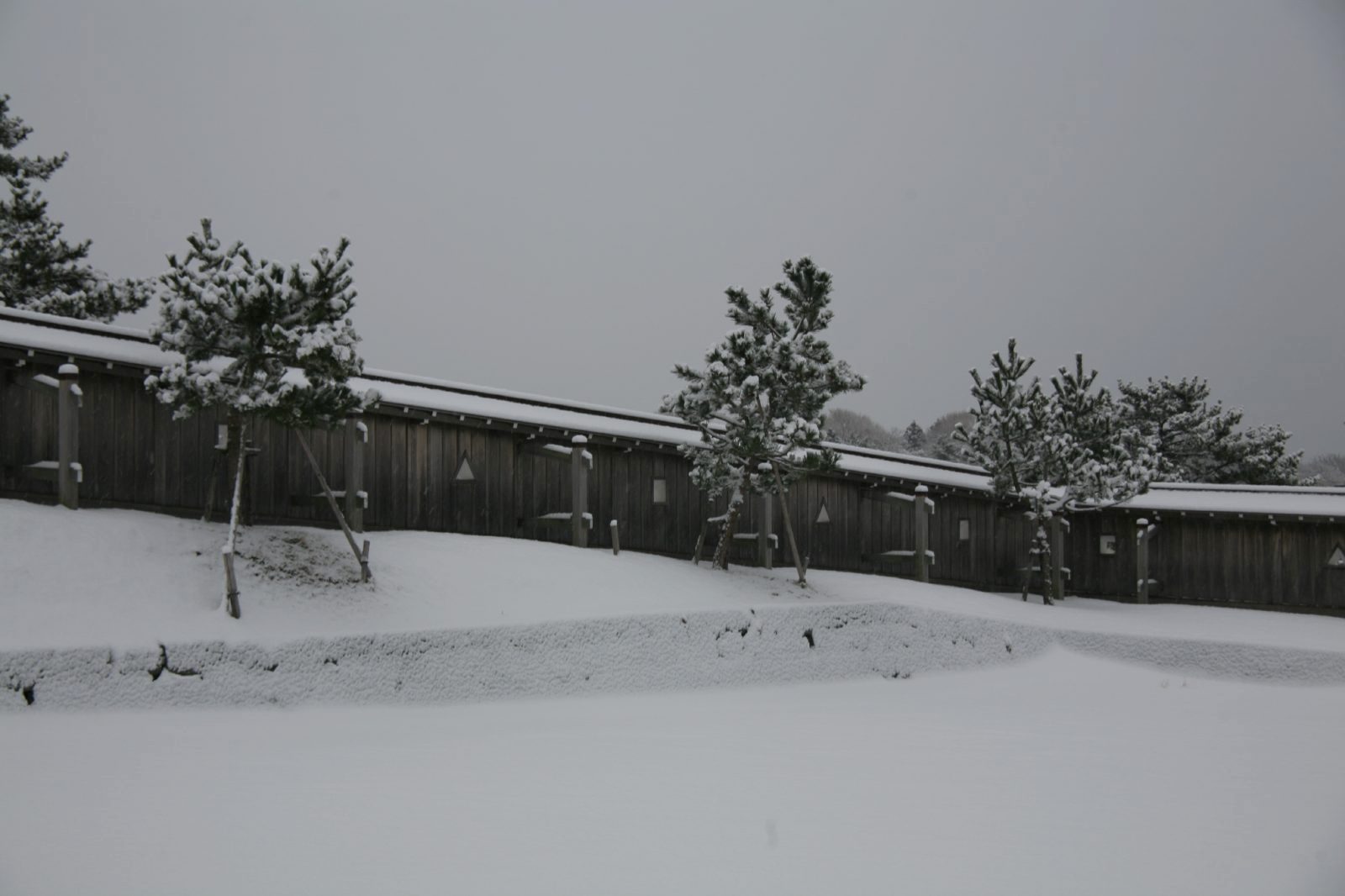 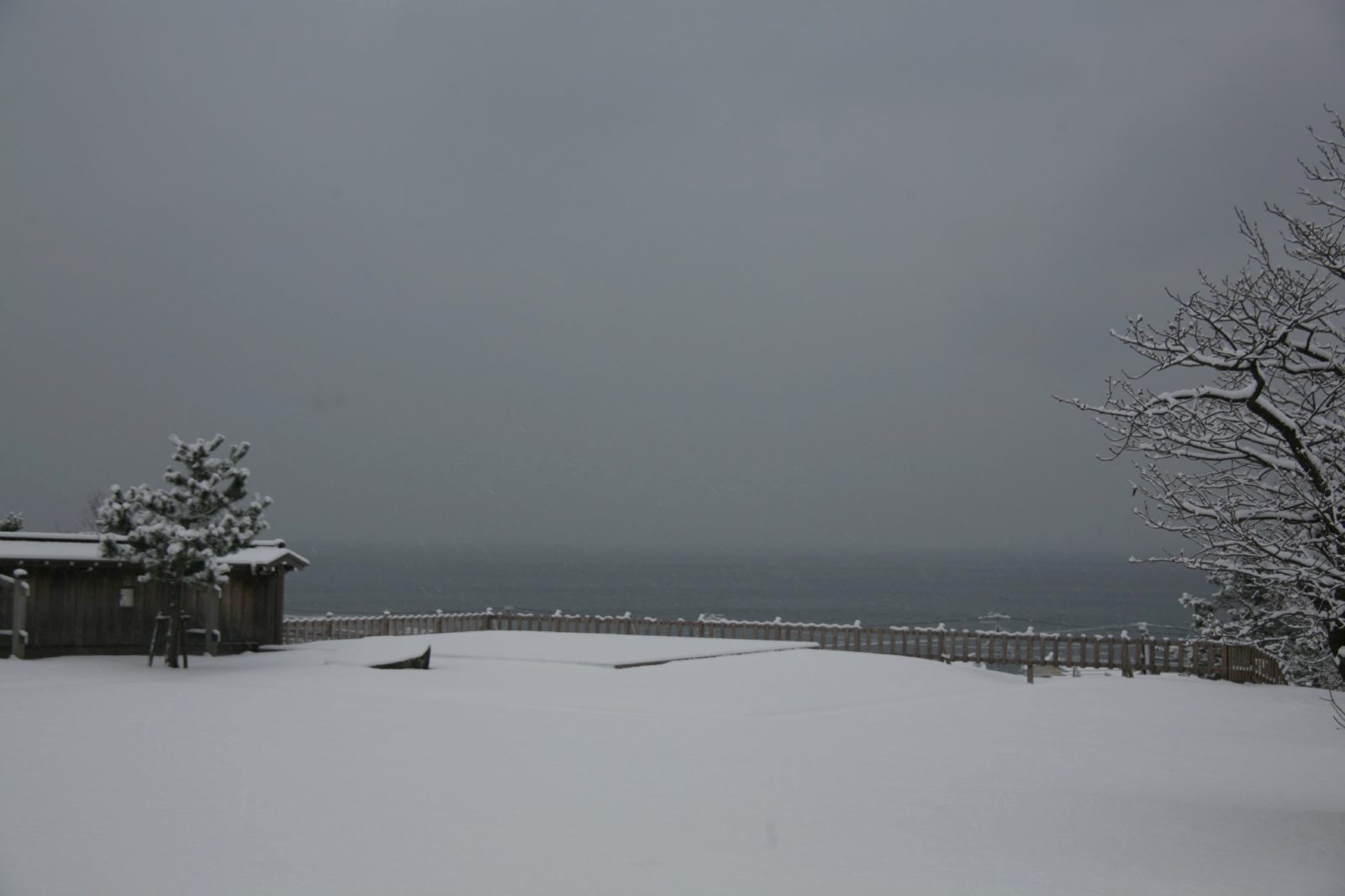 The Tsugaru Strait Amid a Blizzard

Also known as Fukuyama Castle, Matsumae Castle is Japan’s northernmost castle to possess a keep, and boasts the last Japanese-style crenellations ever to be built. The castle’s predecessor, Fukuyama Tower, was rebuilt and reinforced in 1854 on orders from the Edo Bakufu, whose shoguns were keenly aware of the need to guard their northern frontier. Over the next six years, the keep and two more towers were added at a cost of 150,000 taels. Just fourteen years after the castle’s completion, however, two-thirds of its structures were destroyed by fire in the Battle of Hakodate, fought in 1868 between the rump of the Edo shogunate and forces loyal to the restored imperial government. Subsequently, a fire in 1949 ravaged the keep. It was rebuilt in 1959. 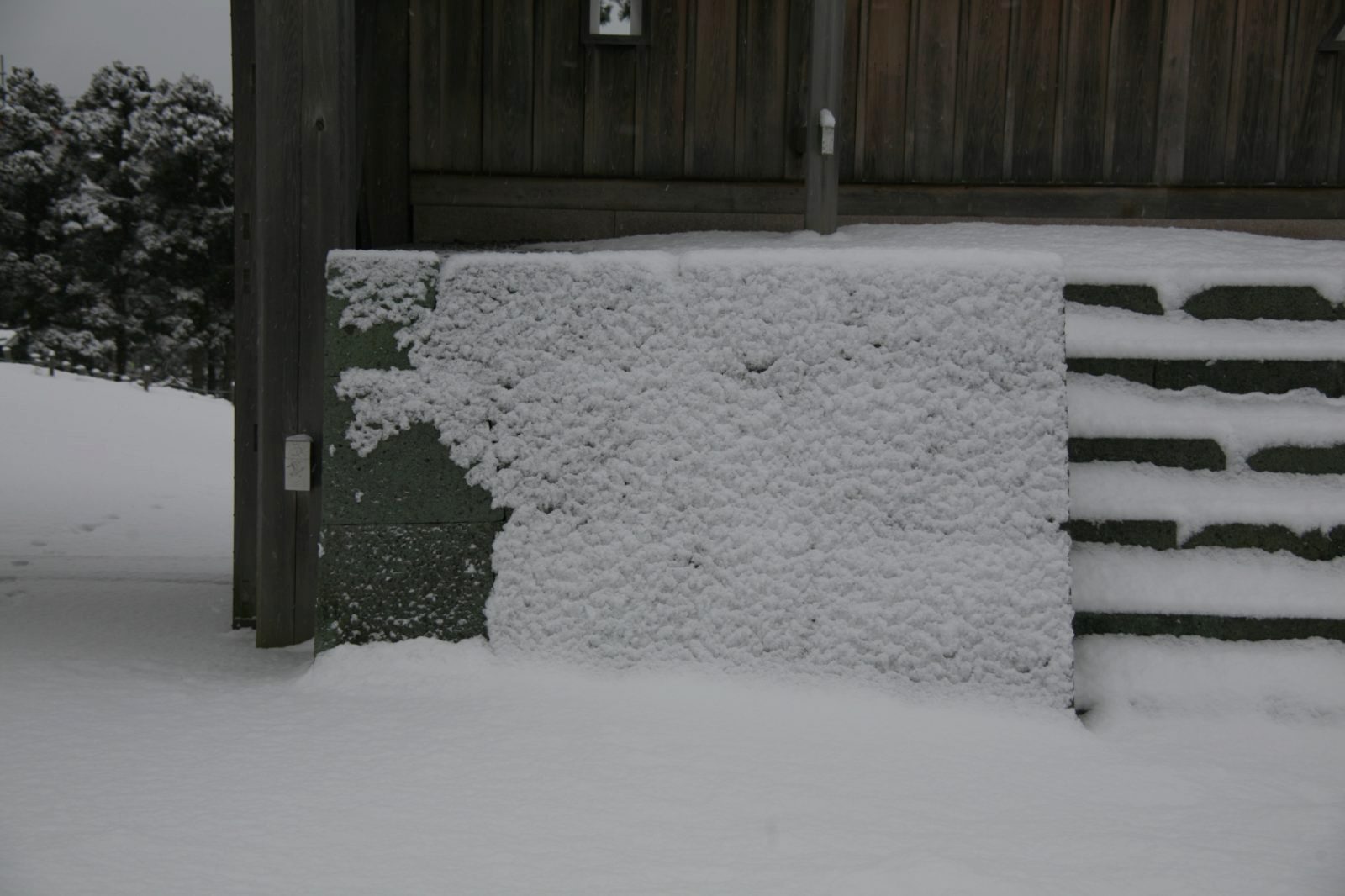 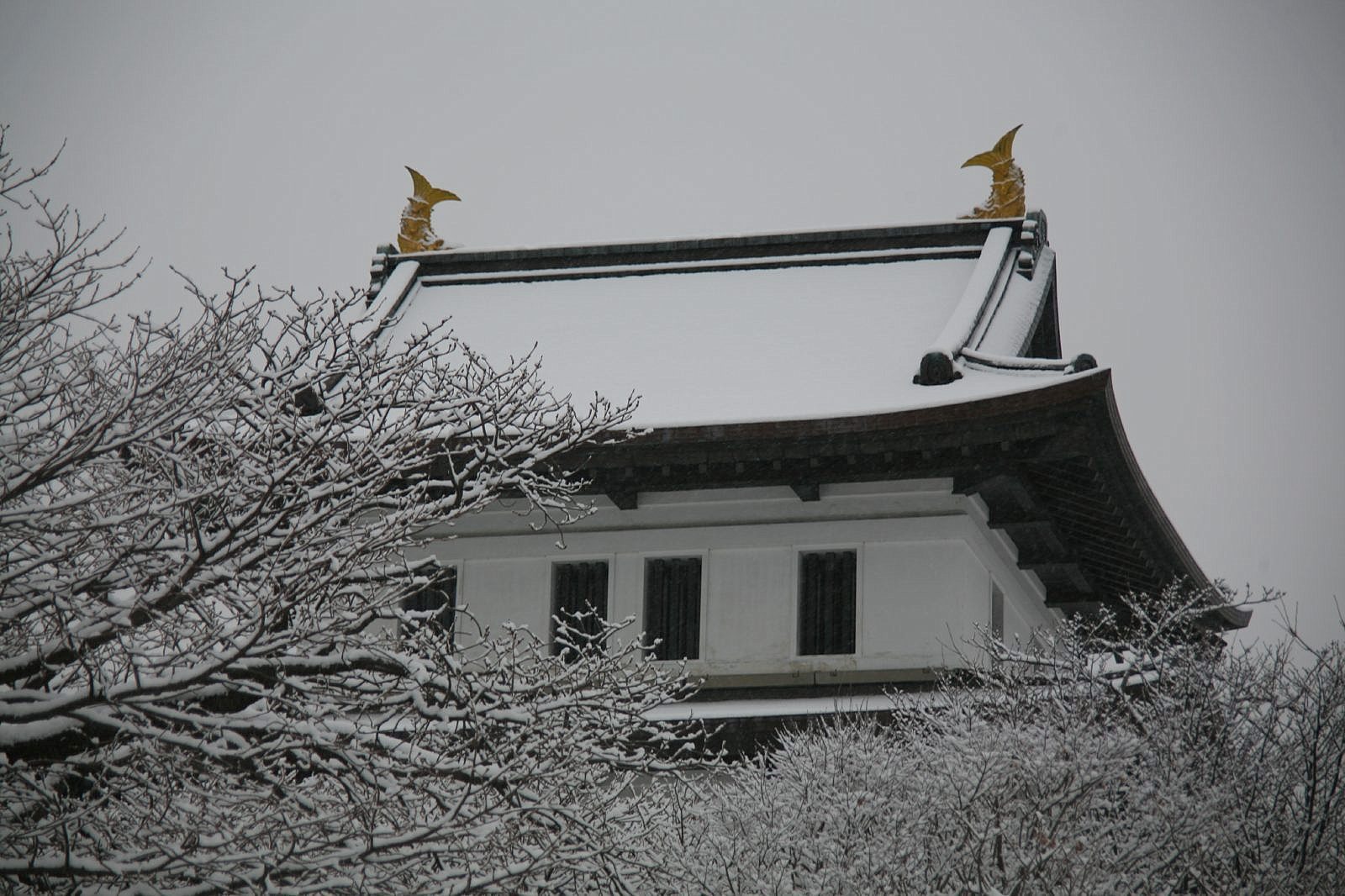 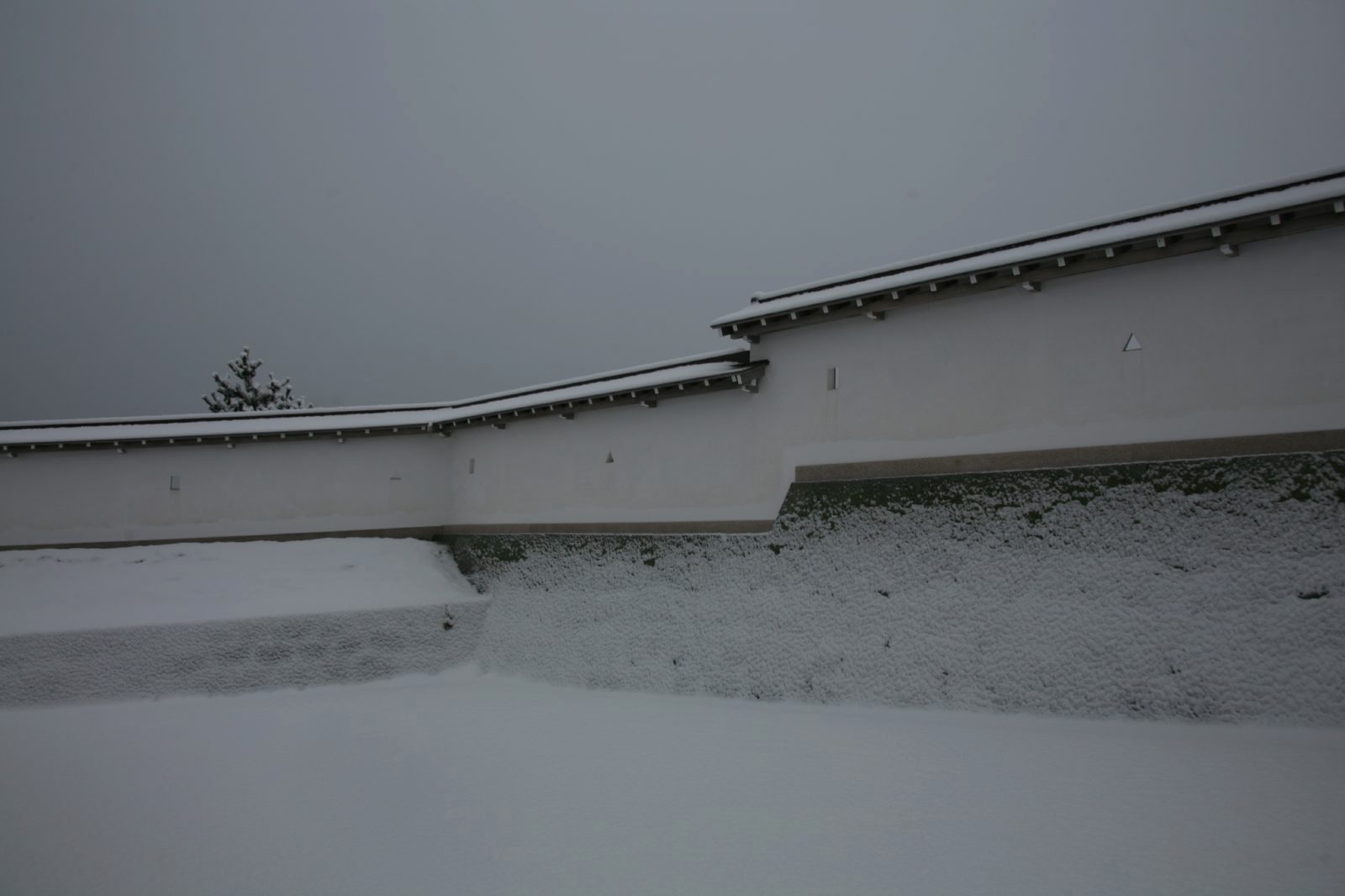 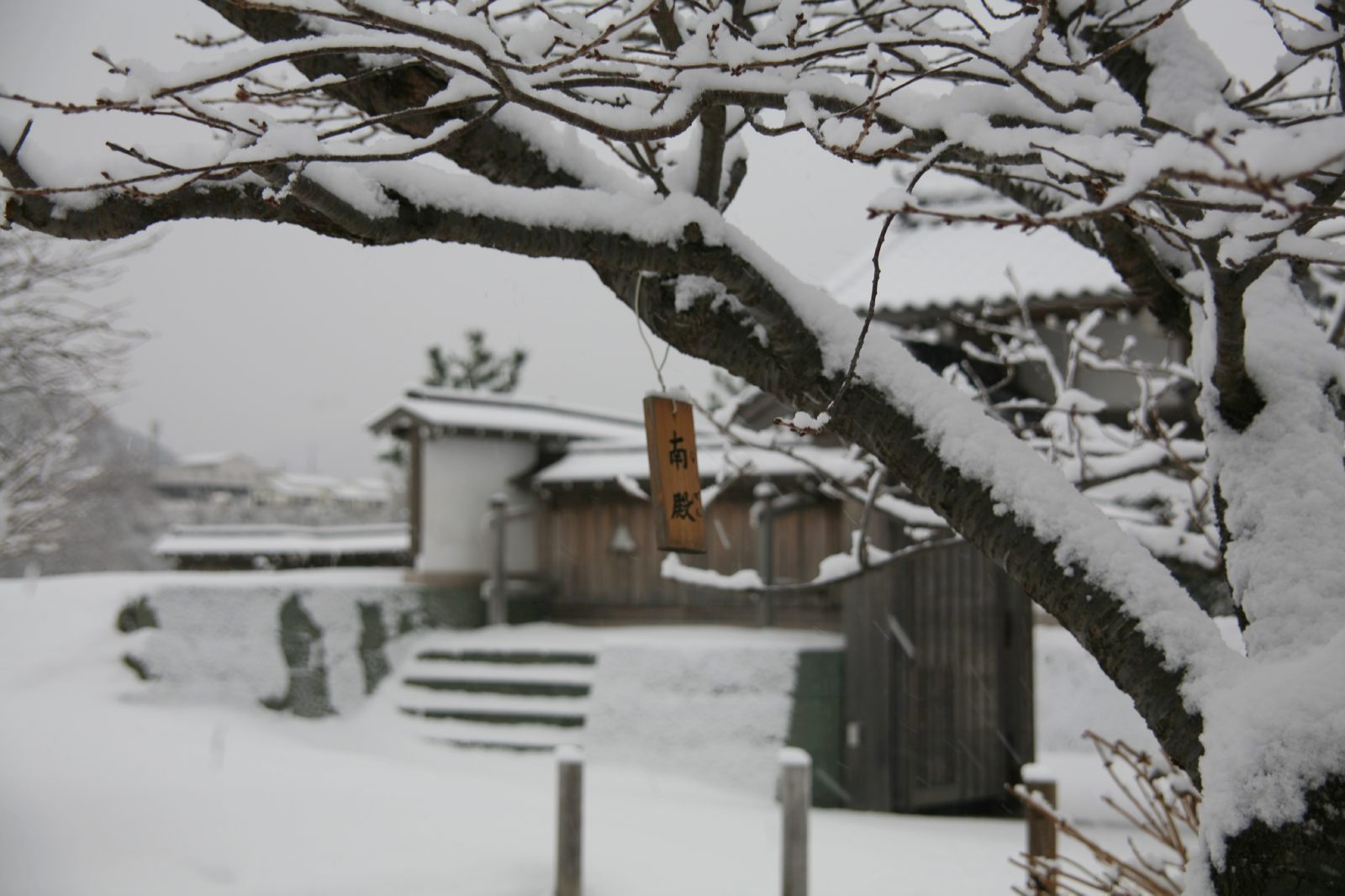 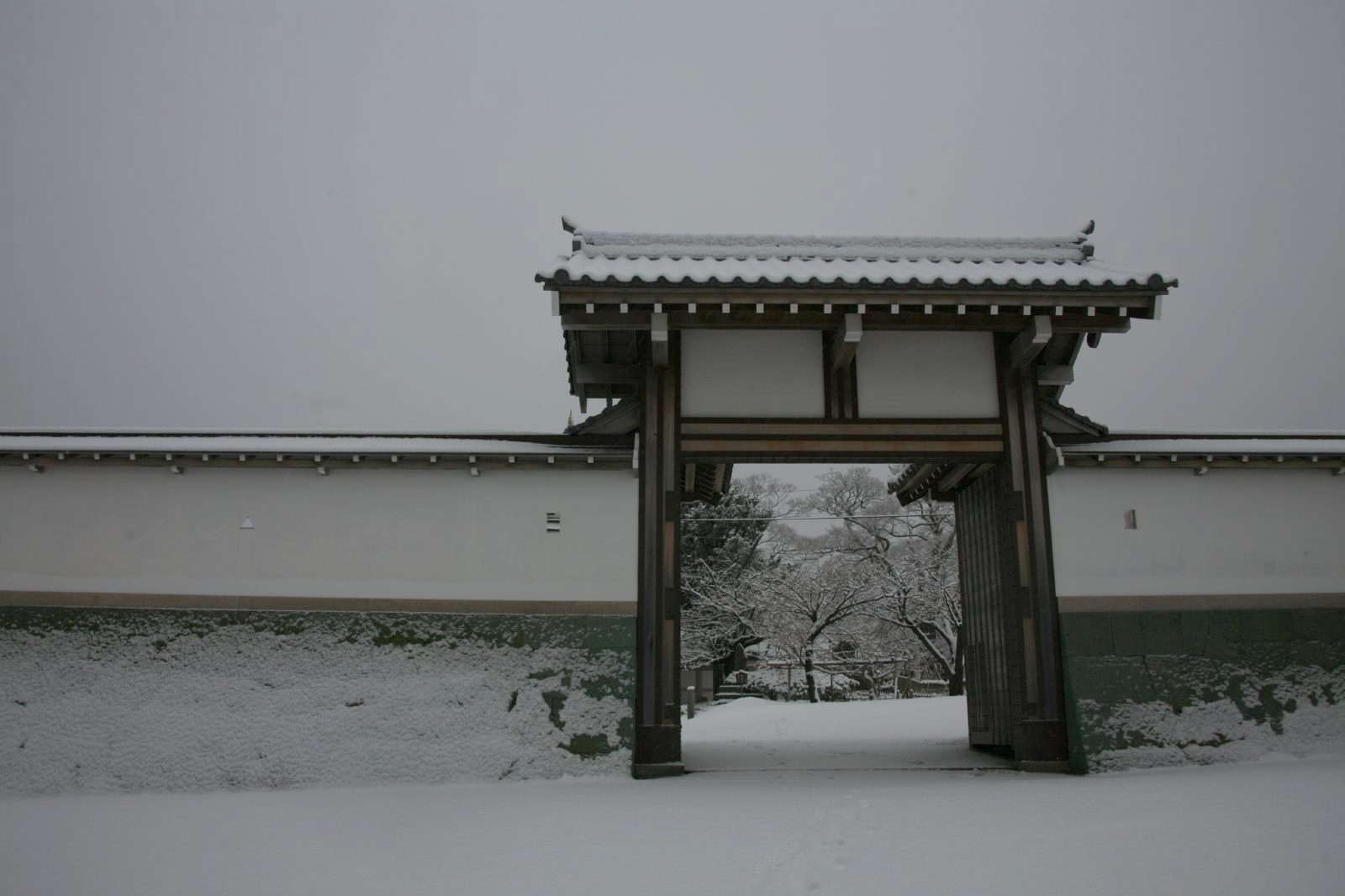 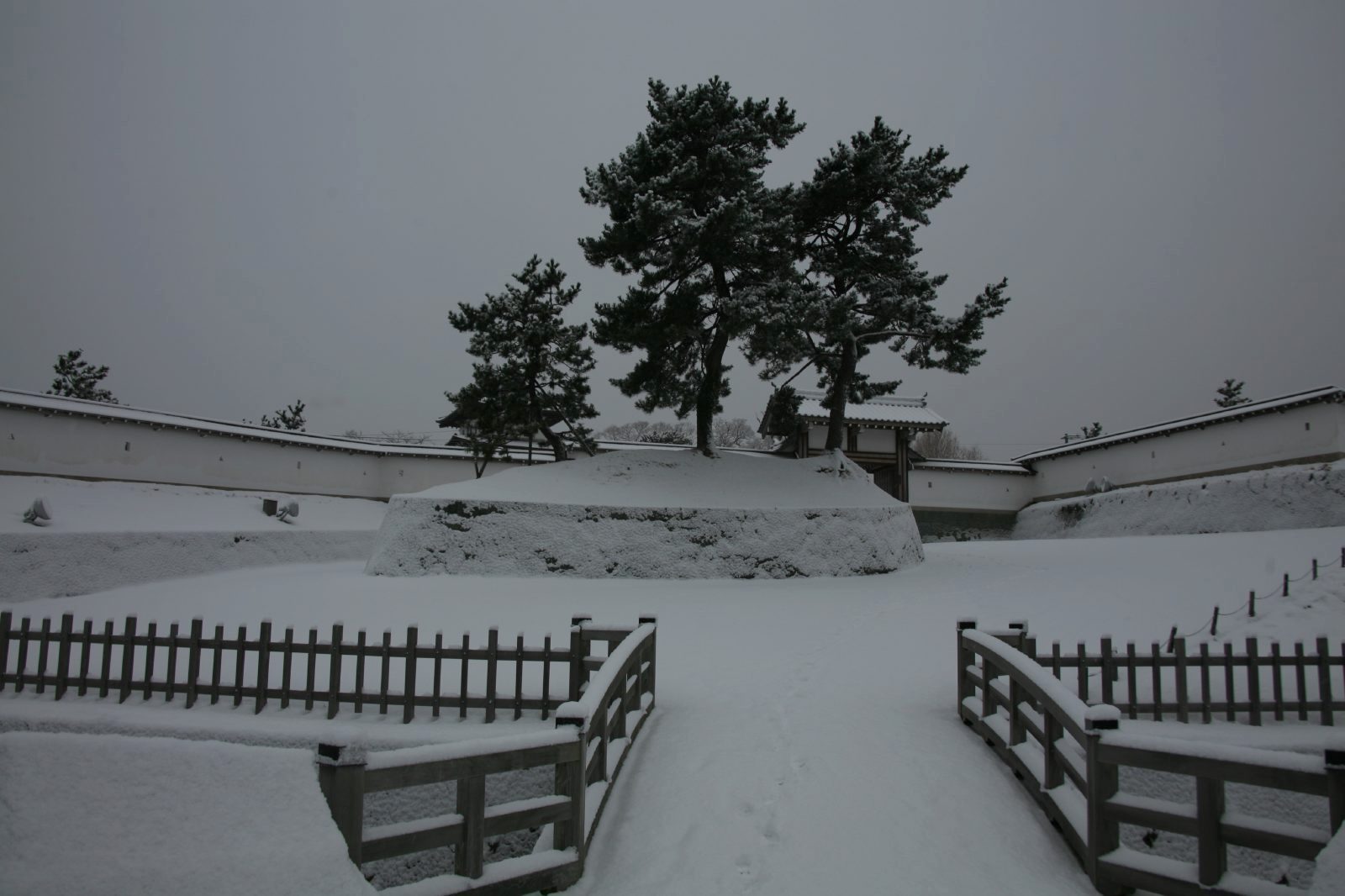 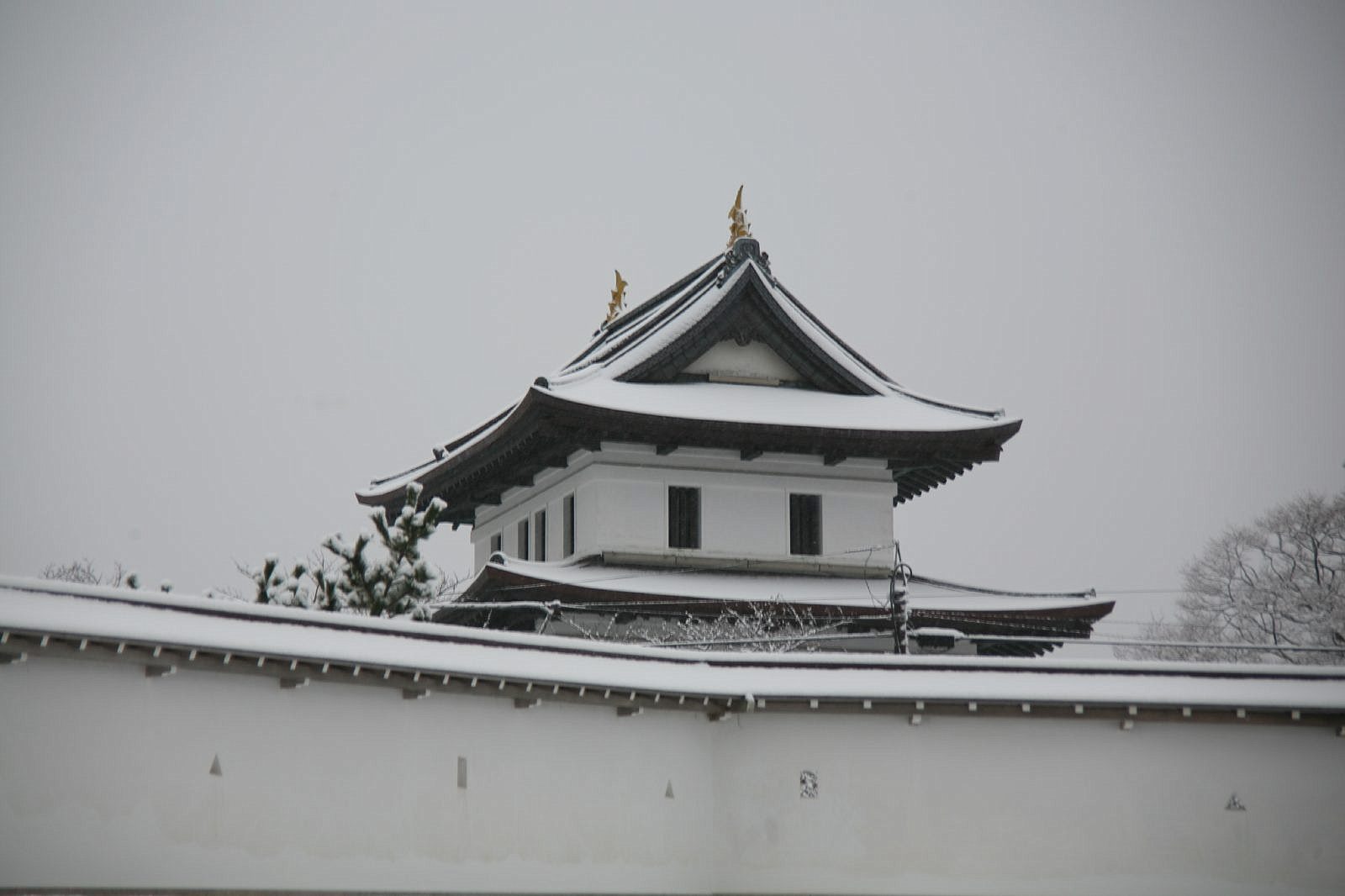 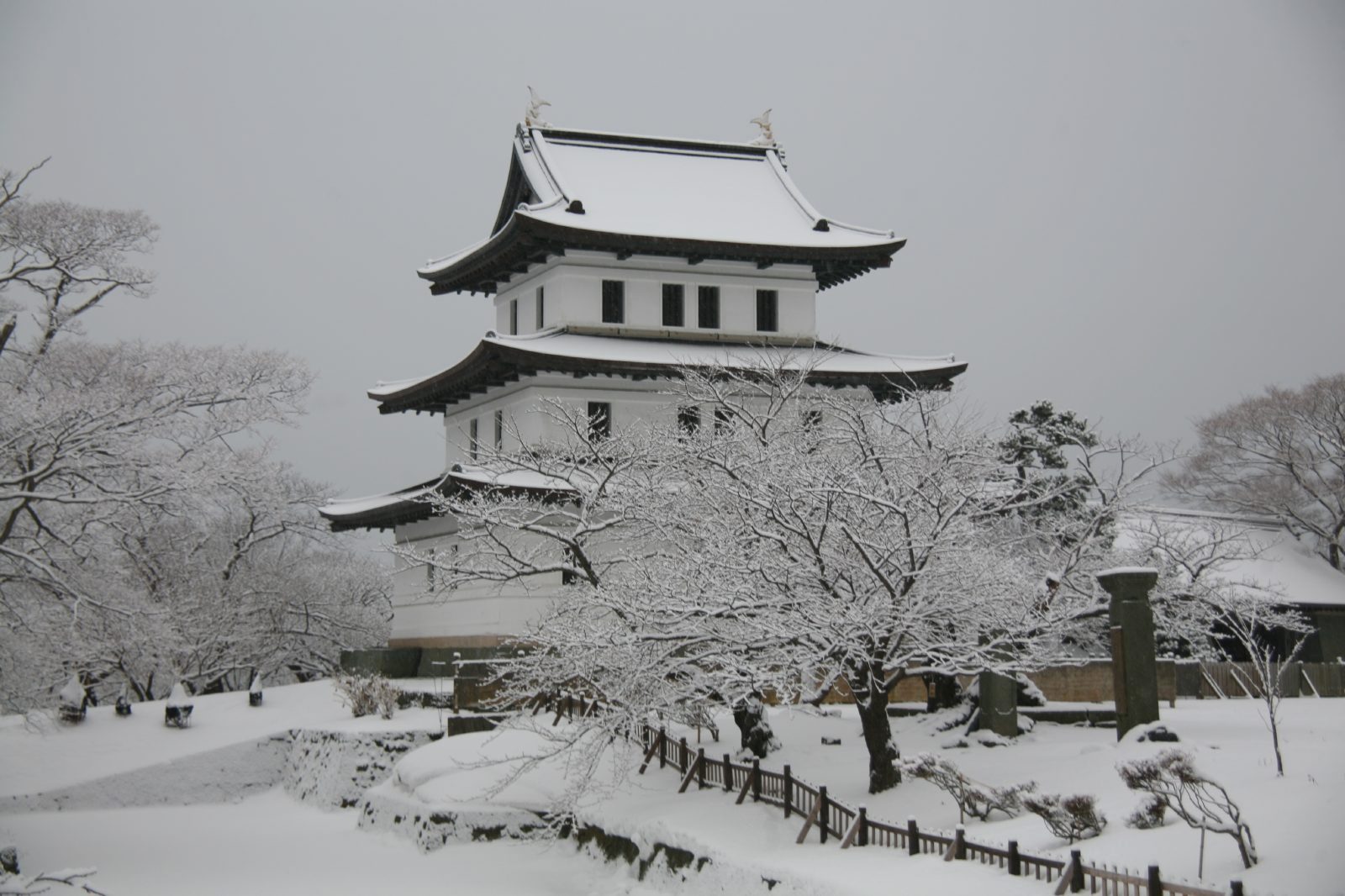 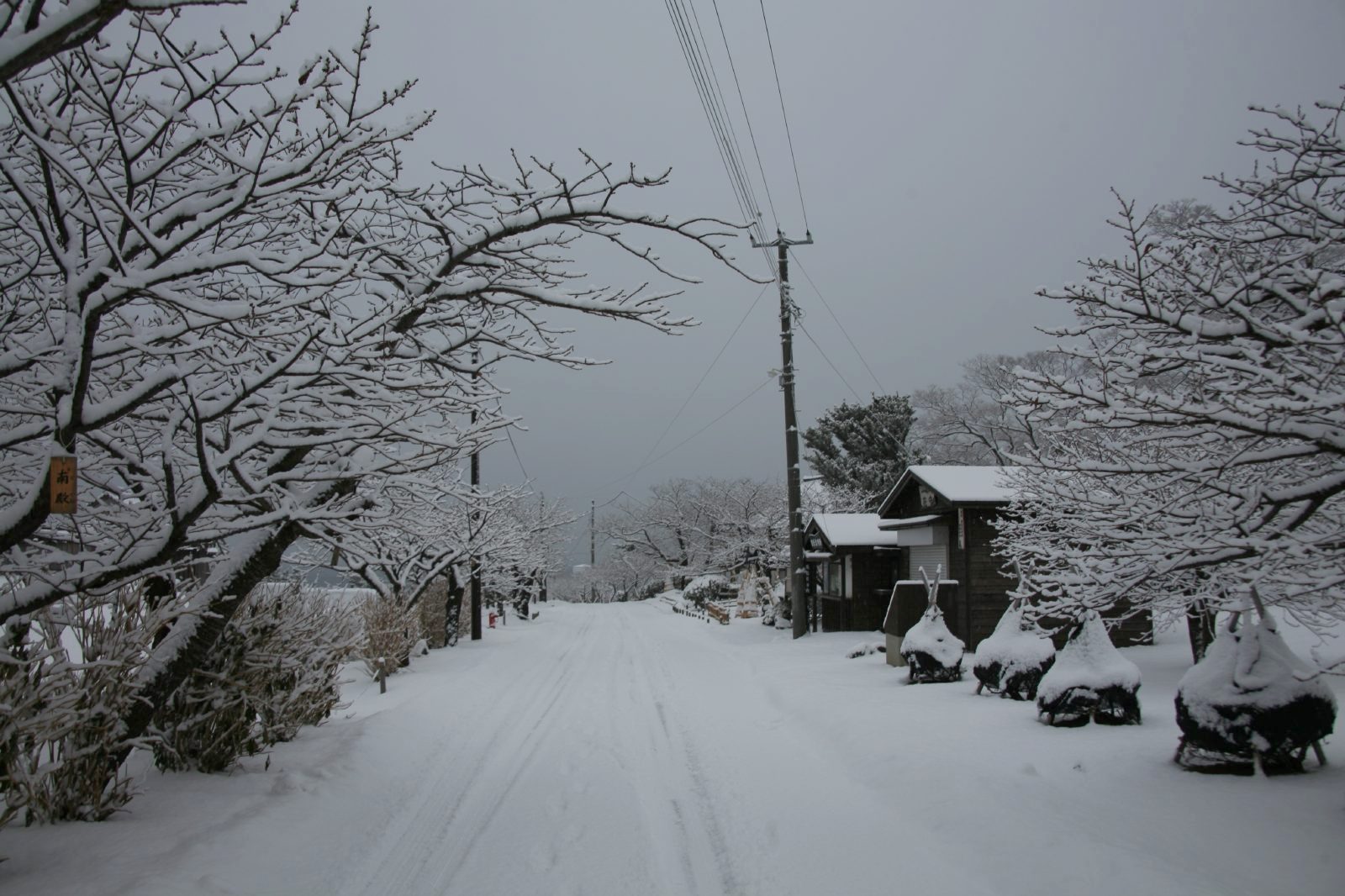 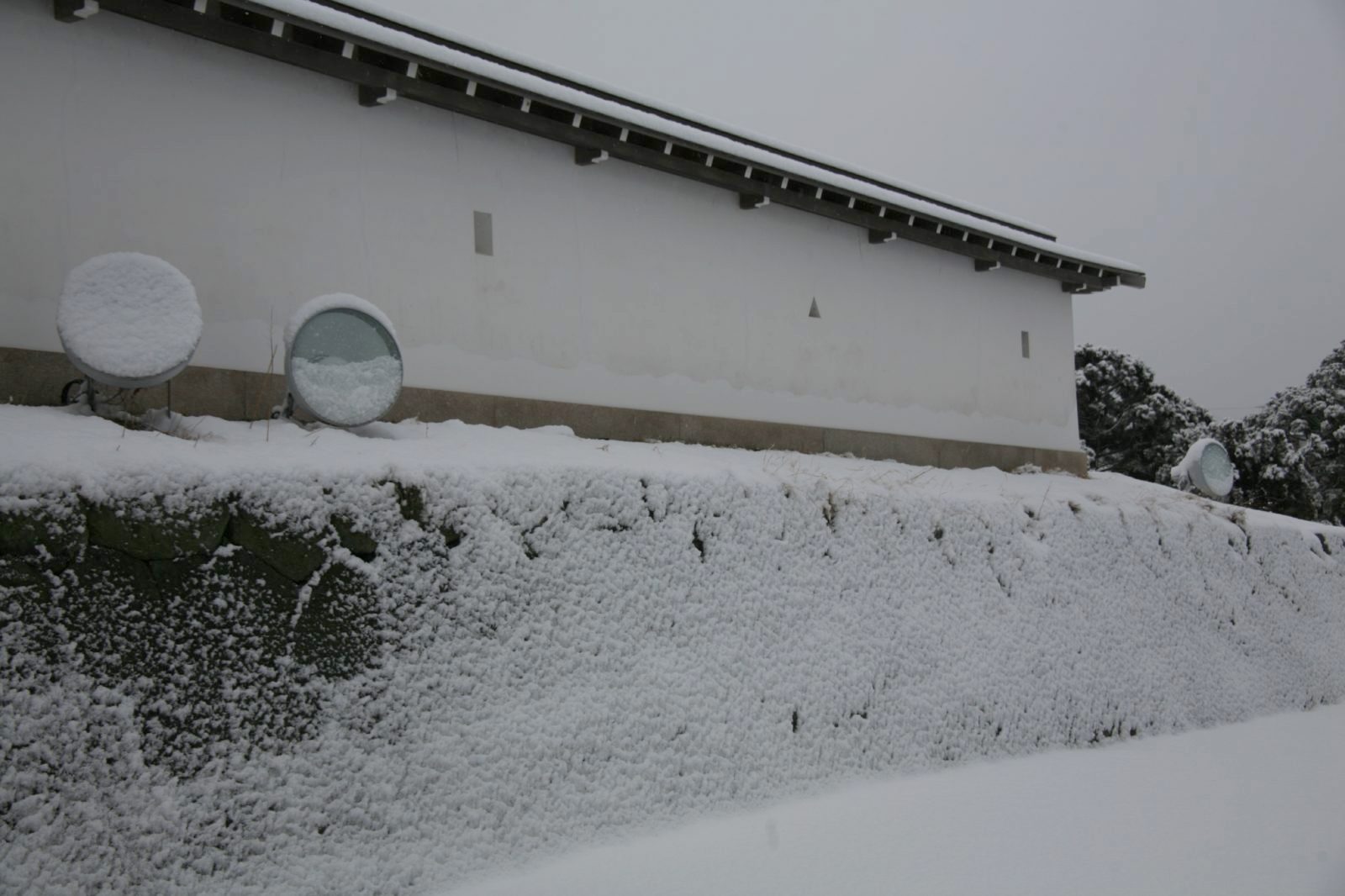 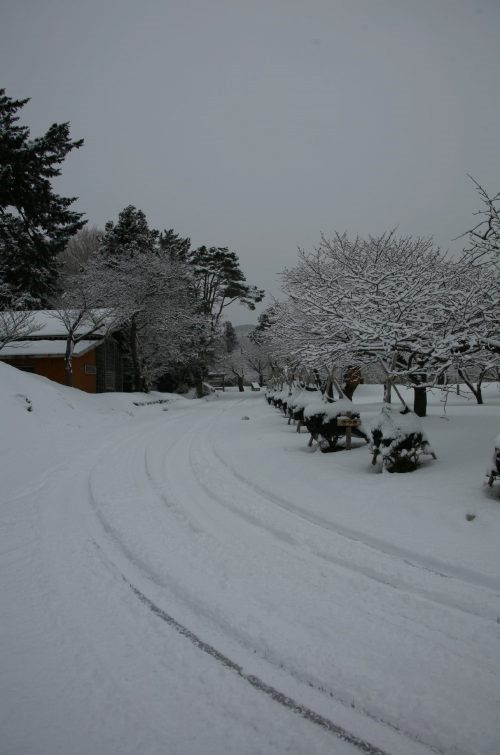 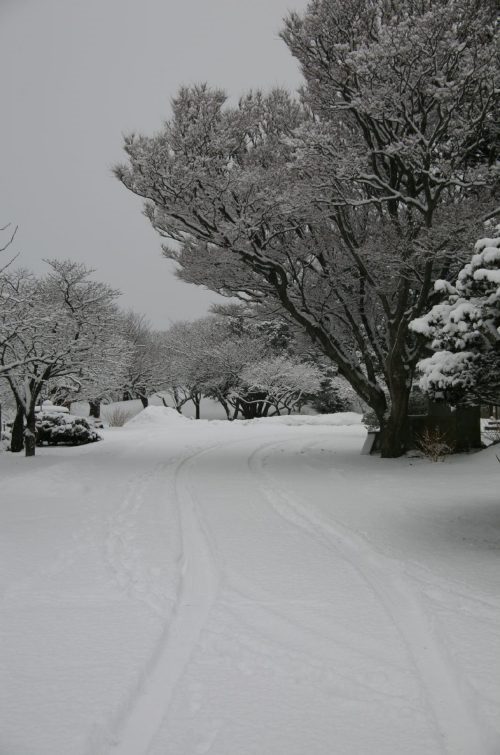 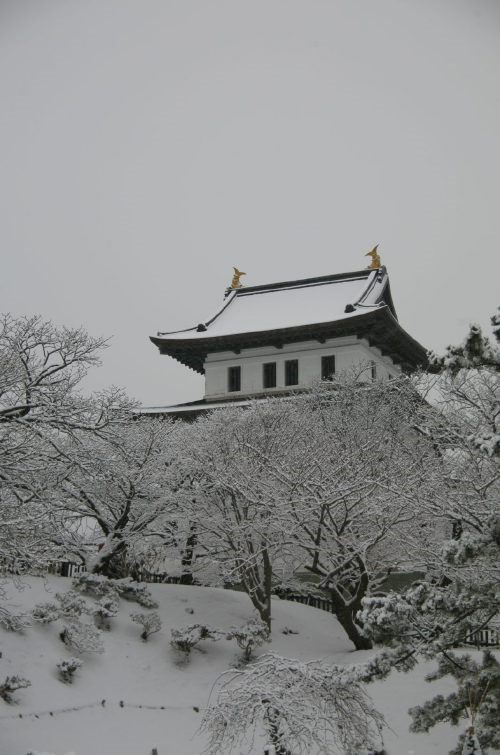 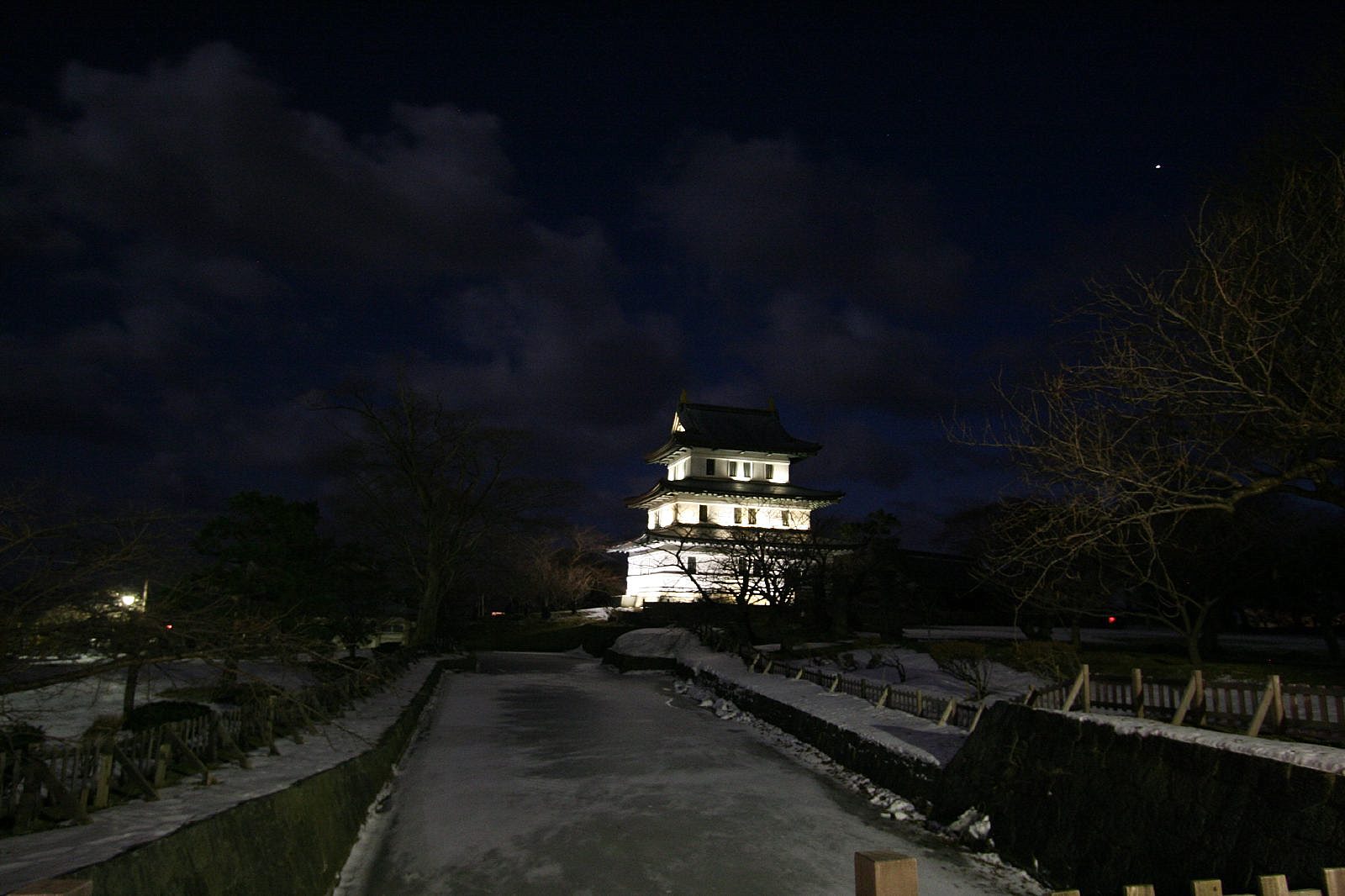 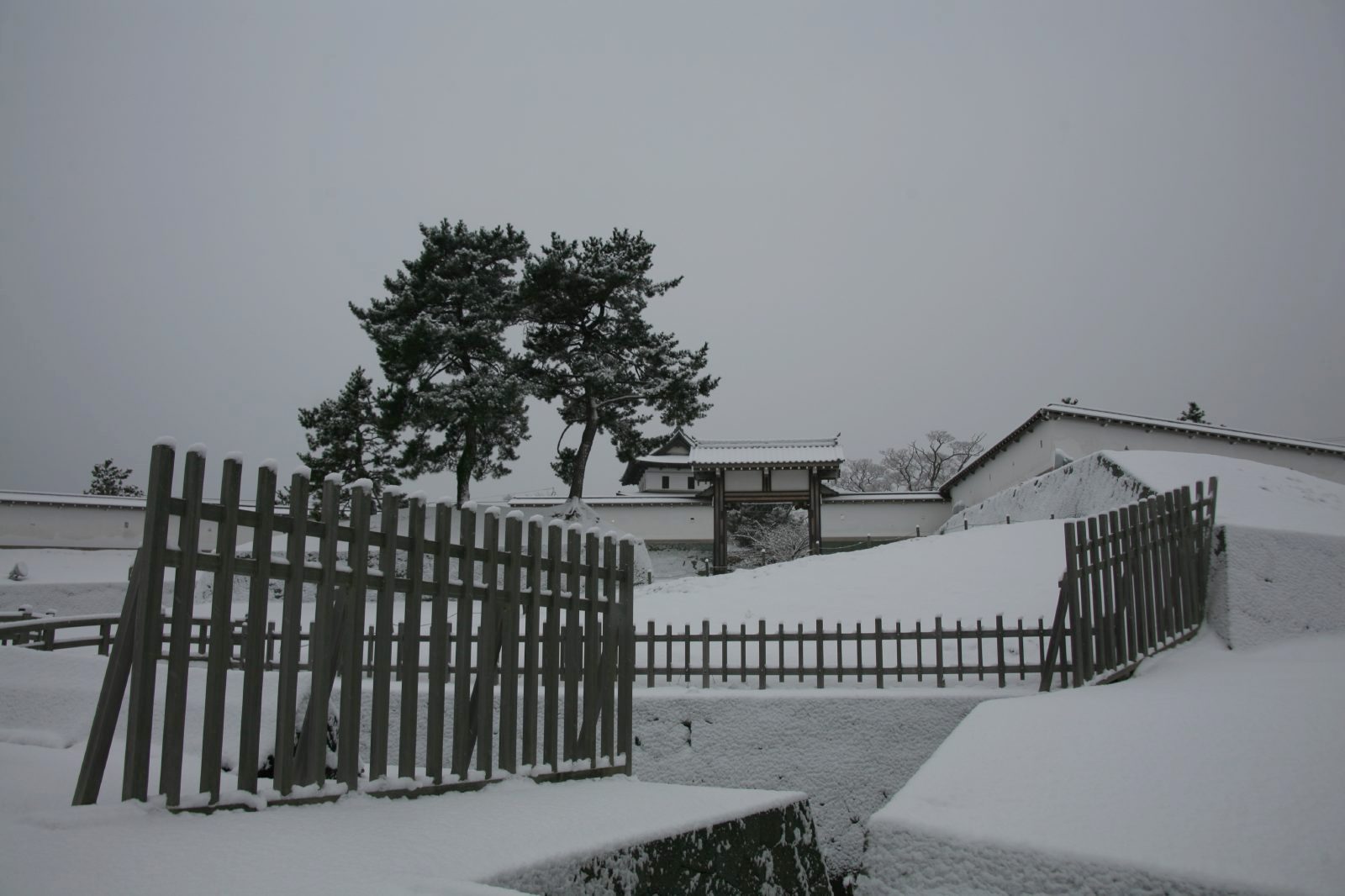 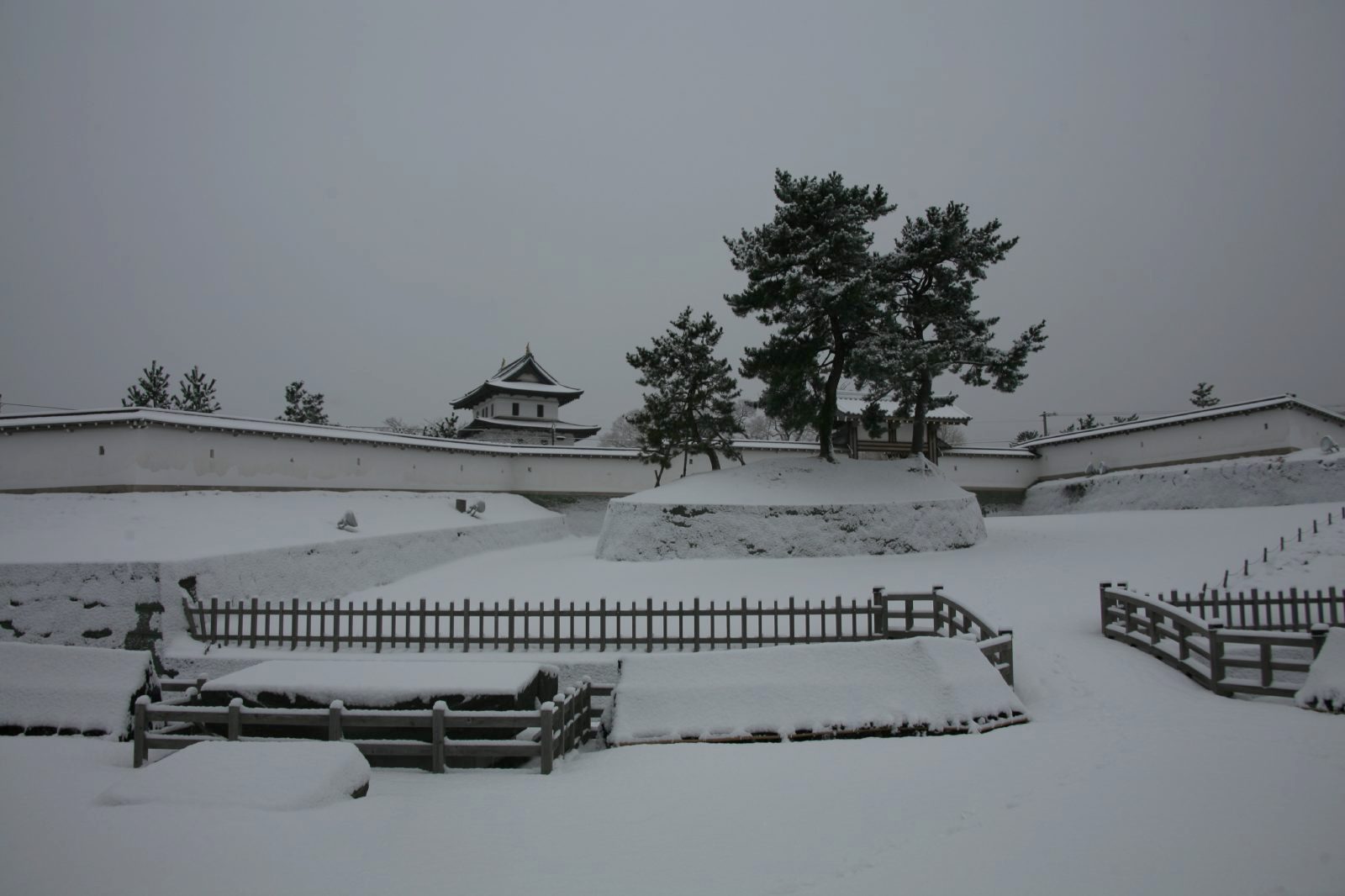 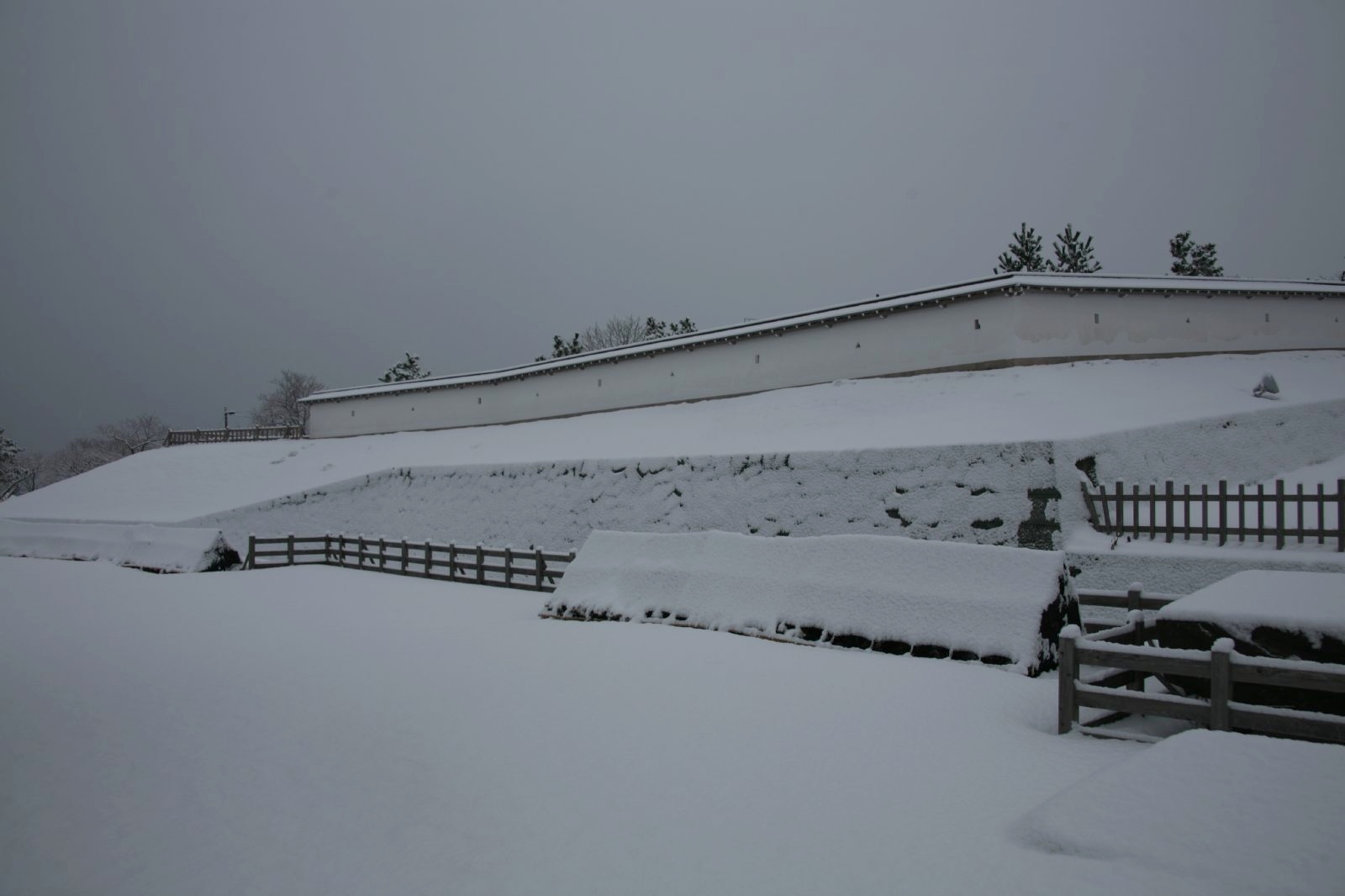 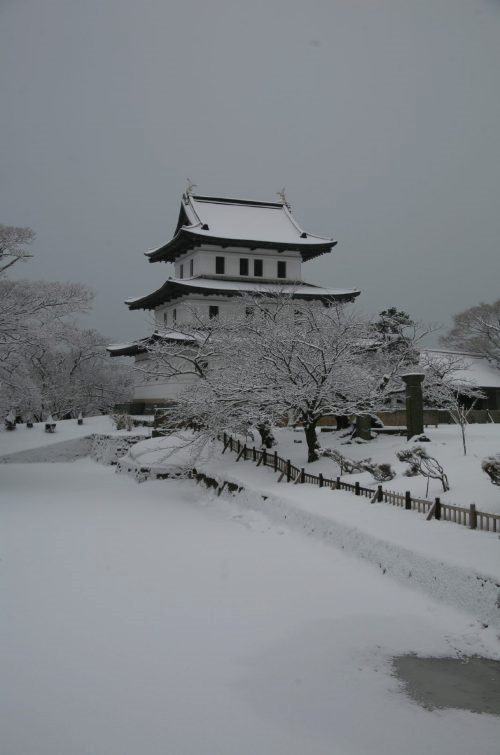 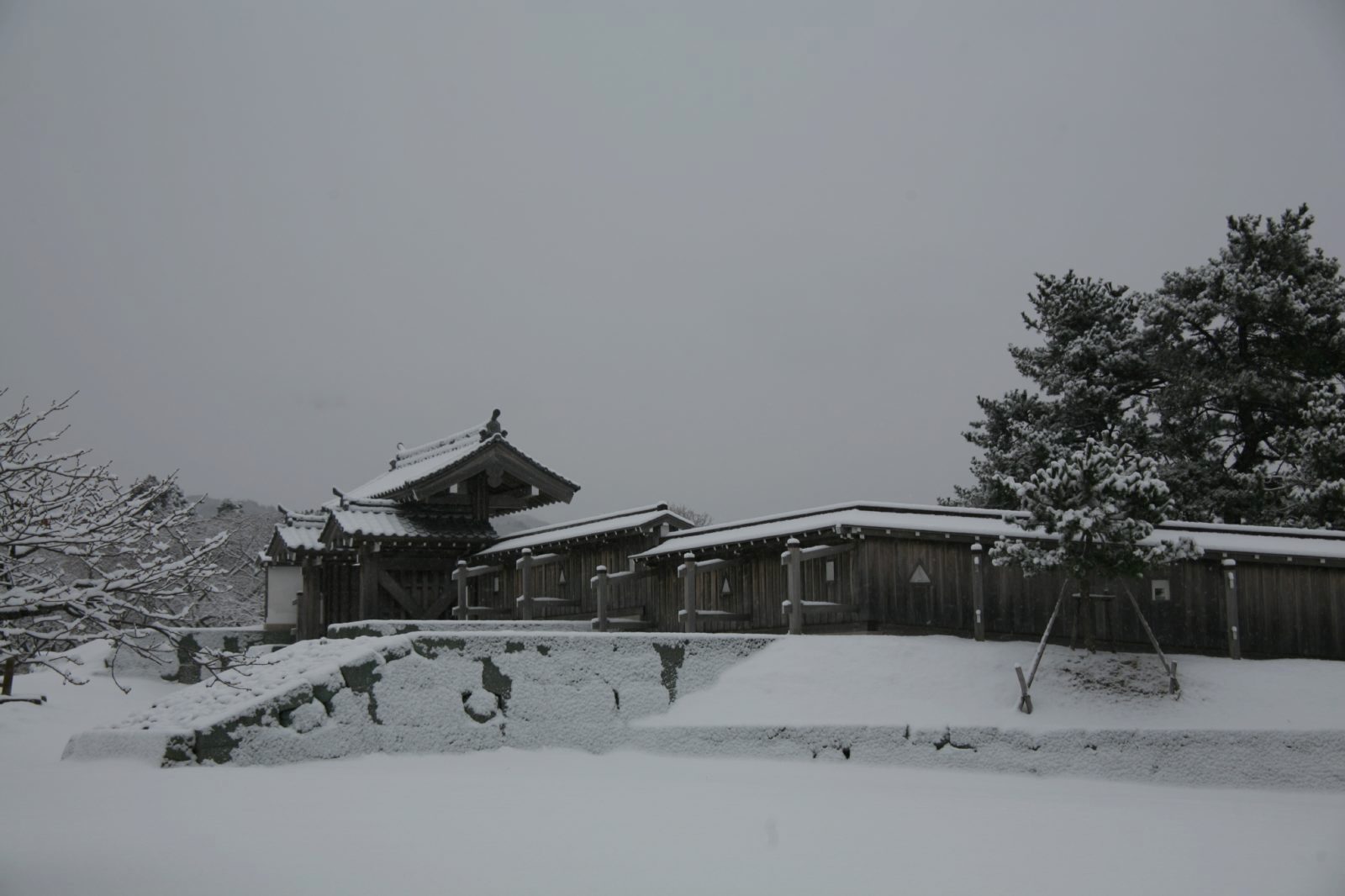