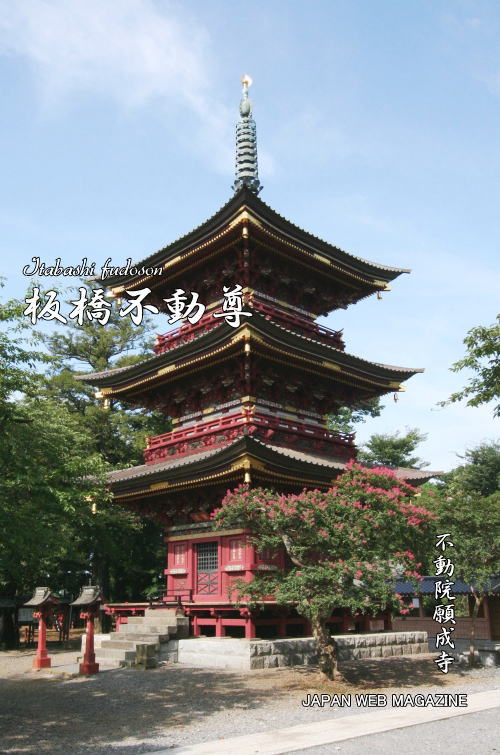 Itabashi Fudoson is a temple of Shingon sect that is familiar to neighboring people and has been religiously believed for a long time as one of three Kanto major Fudoson. It is located in Tsukuba Mirai city, Ibaraki Prefecture.

Kobo Daishi who visited this place in 808 set the statue of “Fudo Kyo kyo” which he sculpted by himself, and it is said that it was the beginning of the temple.

The building had been burned down in two wars, but it was rebuilt afterwards, and now there are main halls, towers gate and Three-storied pagoda in the precincts that are said to have been rebuilt from late Muromachi to the Edo period.

Every January 28th and November 28th there is “Gohonzon no Gokaicho”-“unveiling an image of hidden Buddha” in the temple which is usually closed to the public.

During the event of “Gokaicho”, “En-nichi” the fair is held and many people visit the temple.

View the fascination of Itabashi Fudoson in full screen 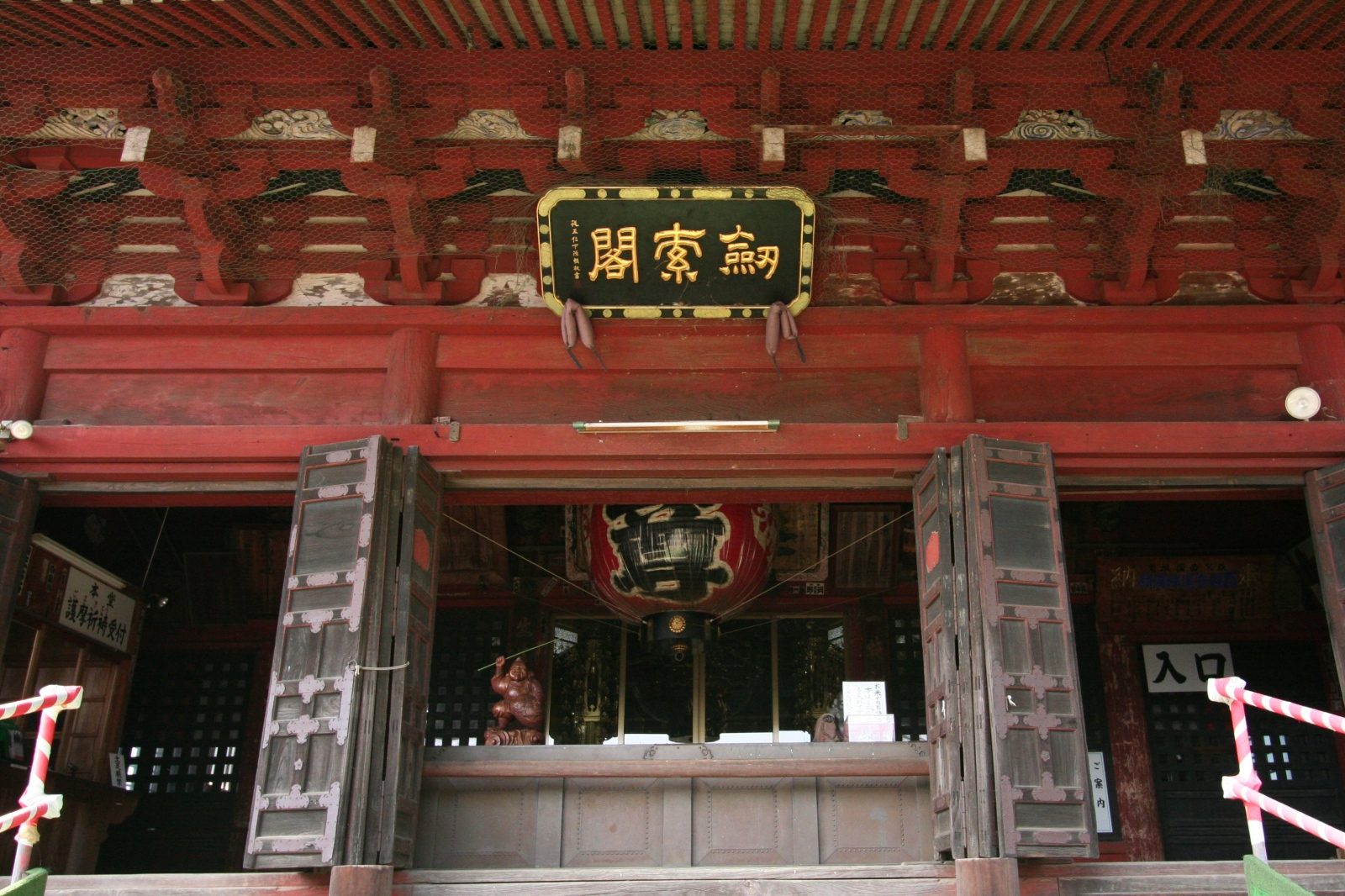 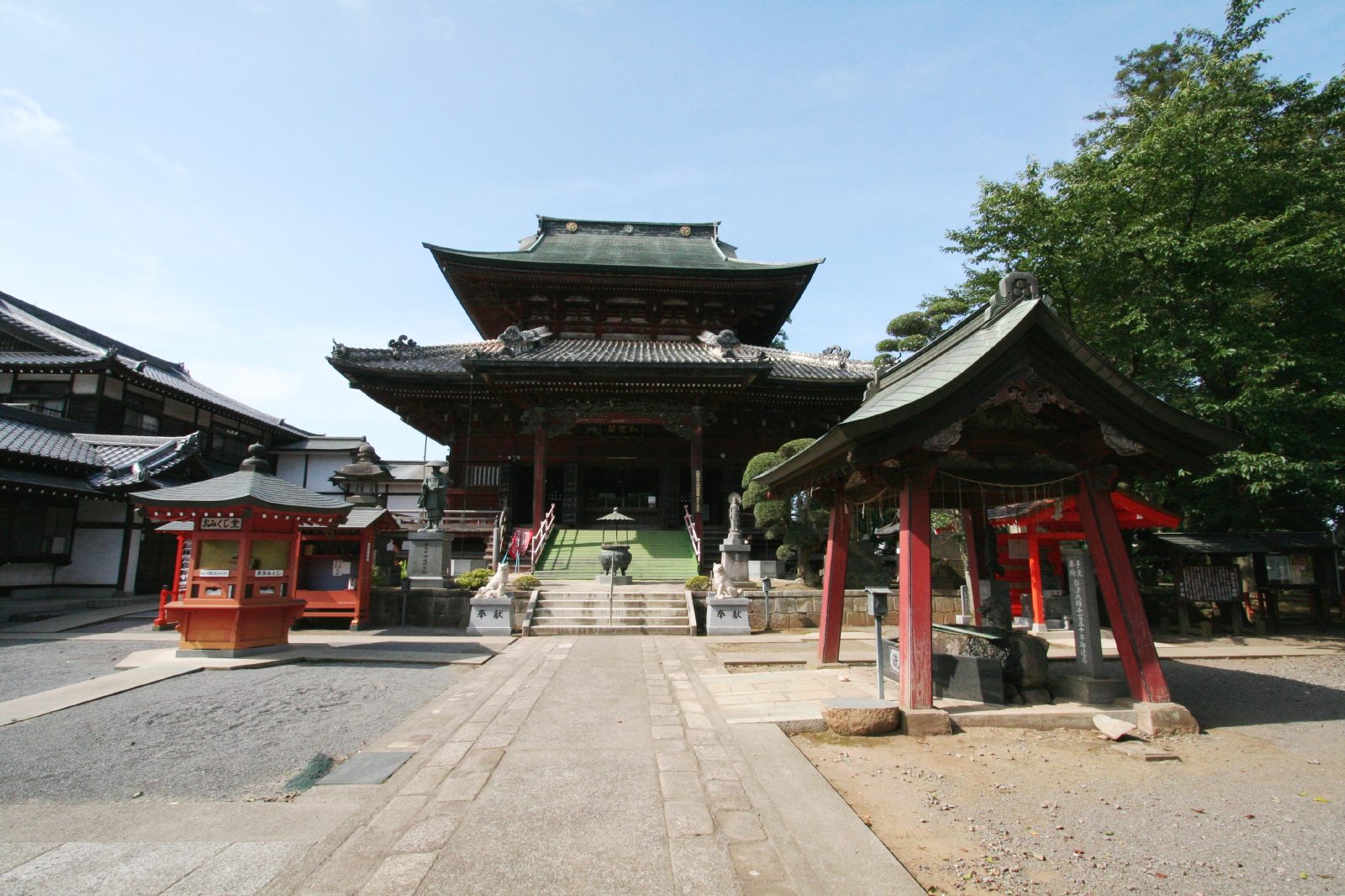 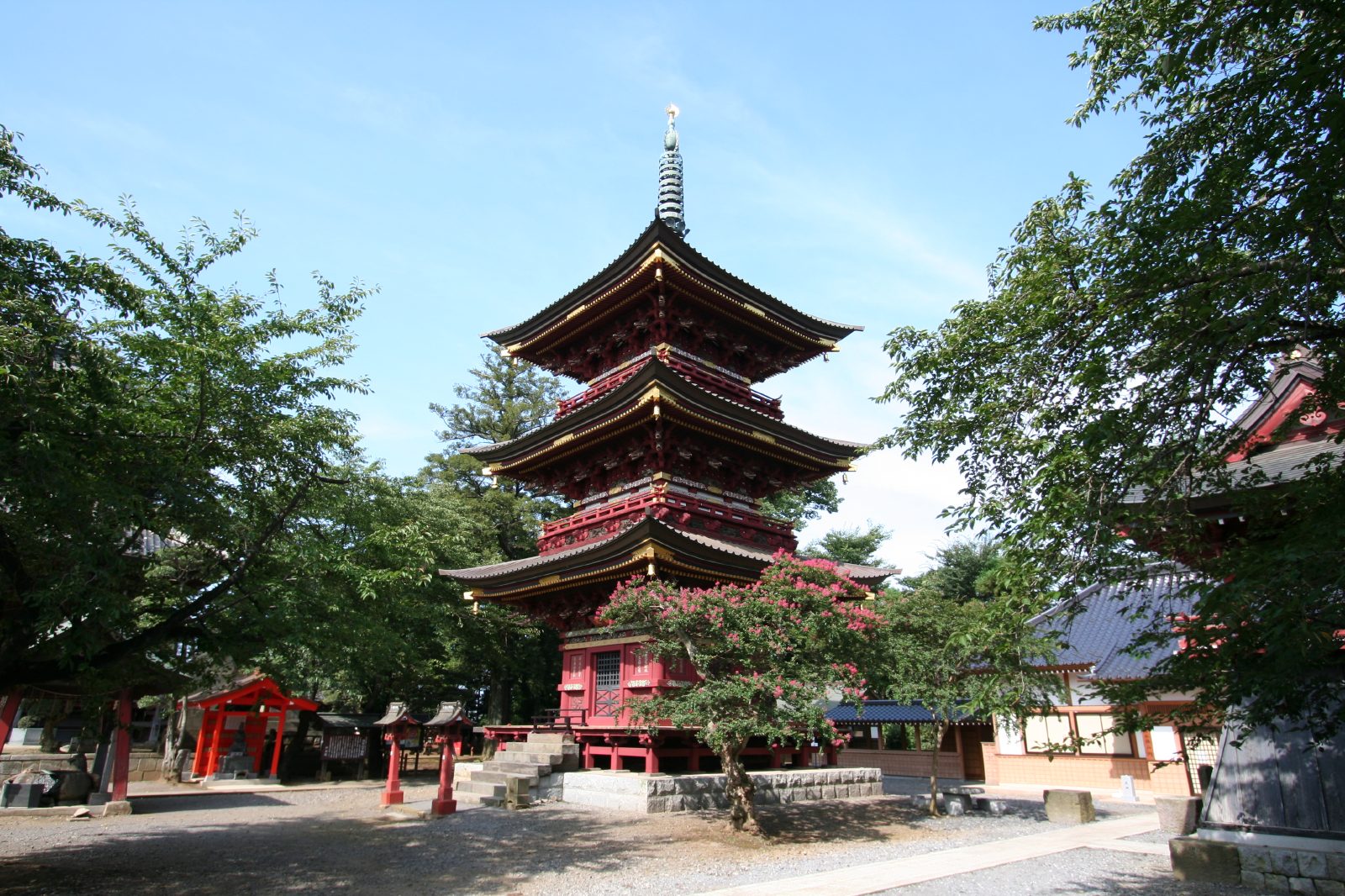 A three-storied pagoda with a height of about 25 m in the precincts. Built in 1772. Prefecture designated cultural property. 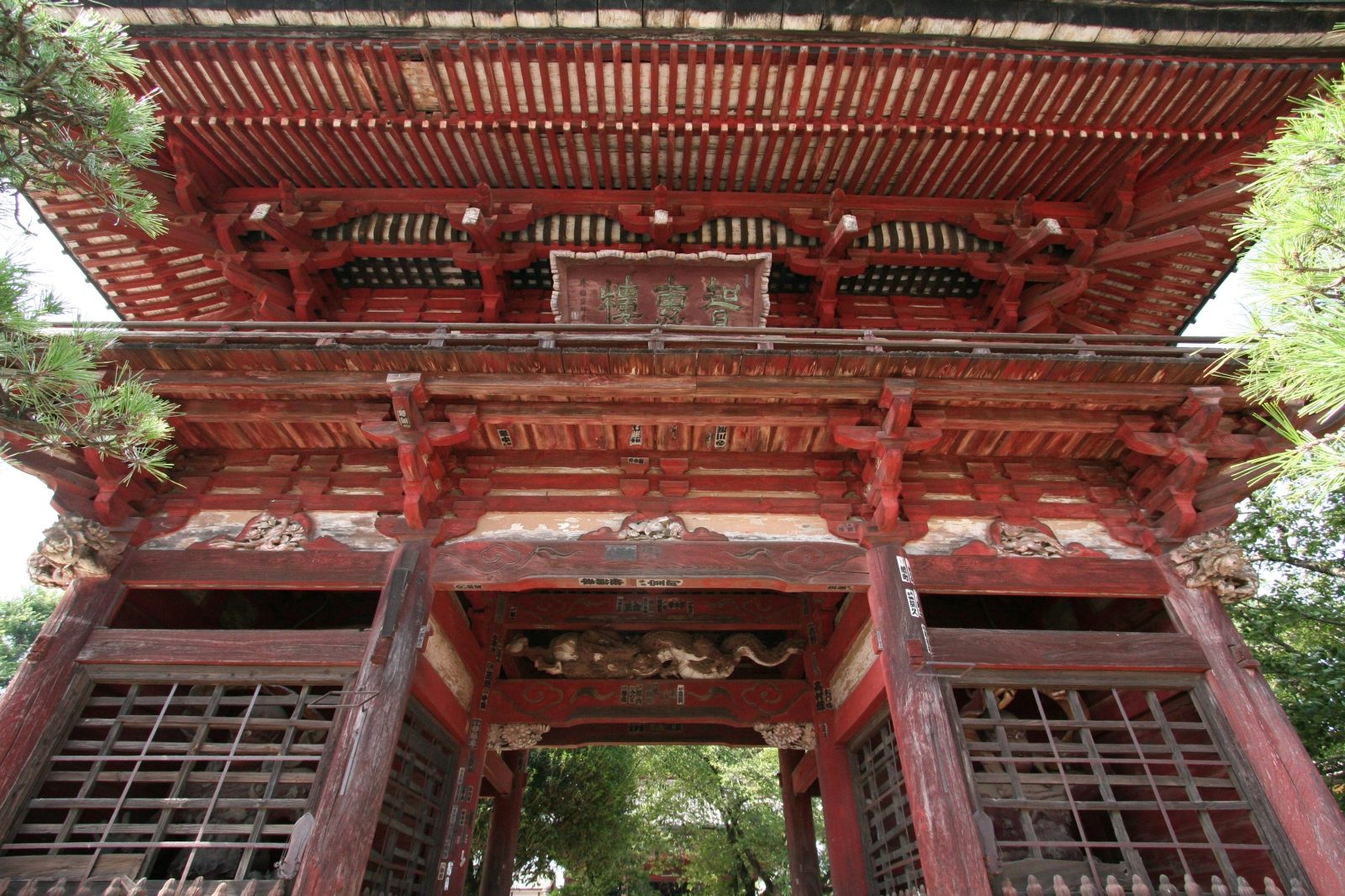 It was built during the Genroku year of the middle Edo period (1688 – 1703). It is a brilliant gate of a copper sheet roofing roof. 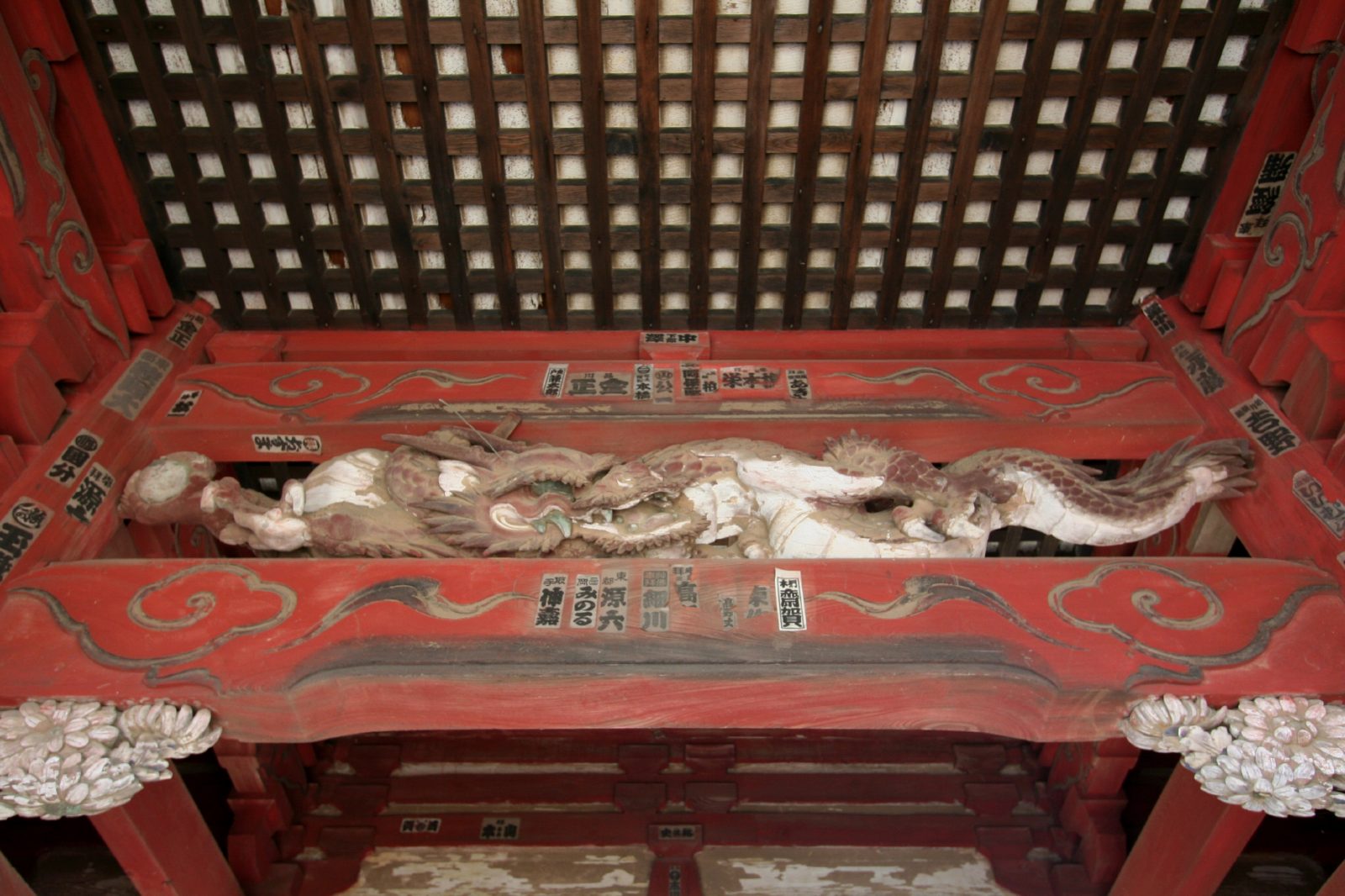 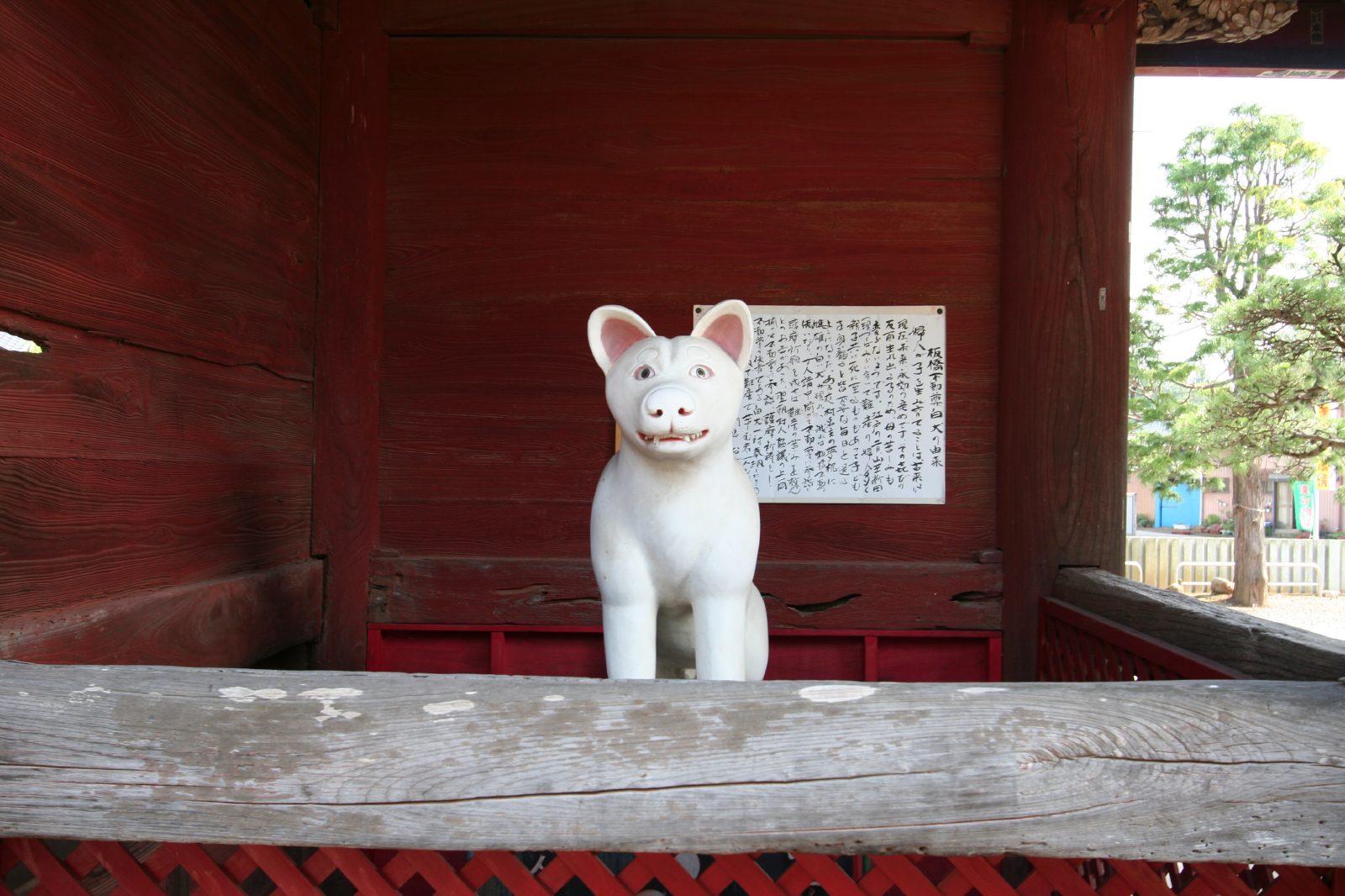 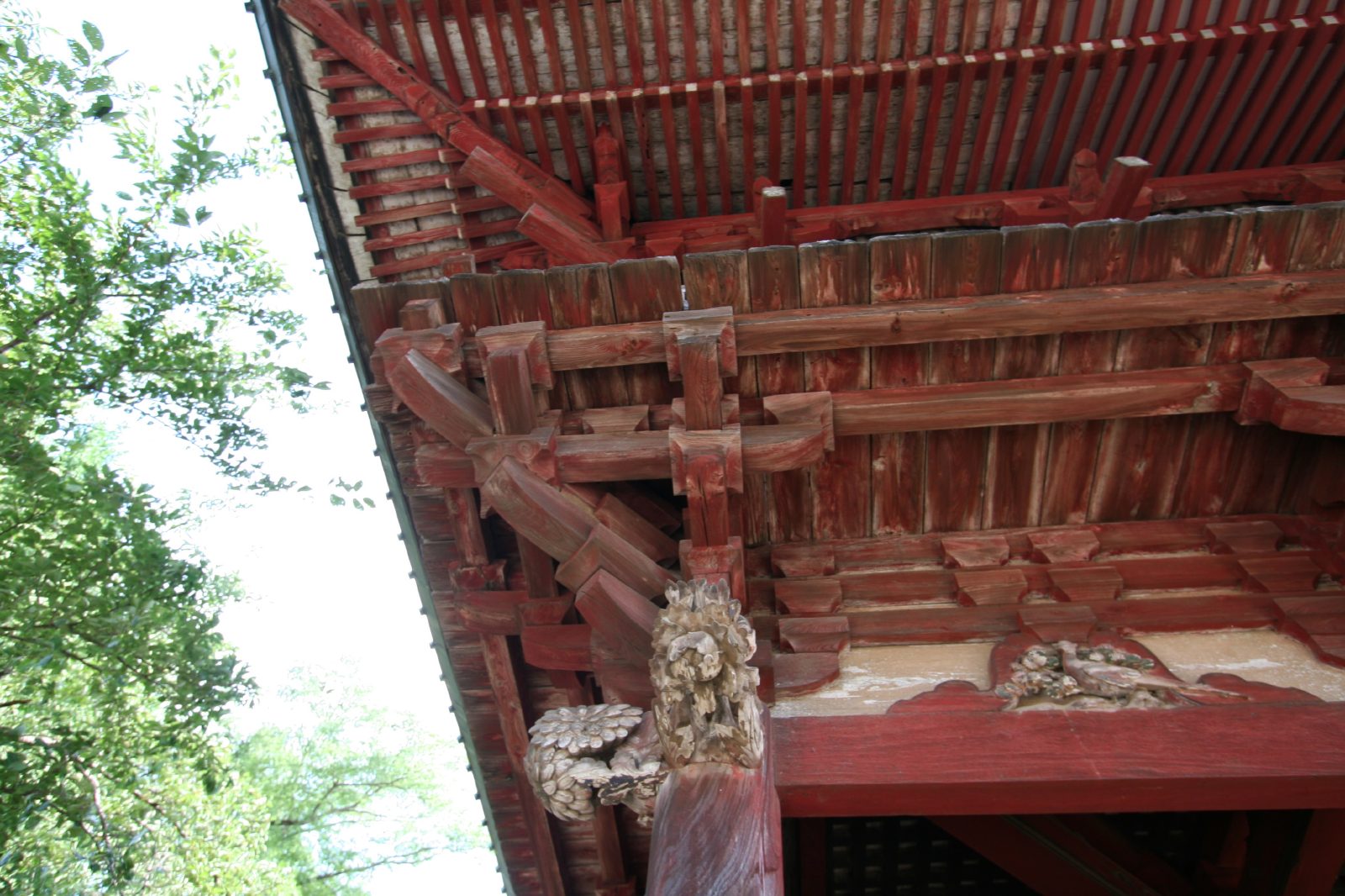 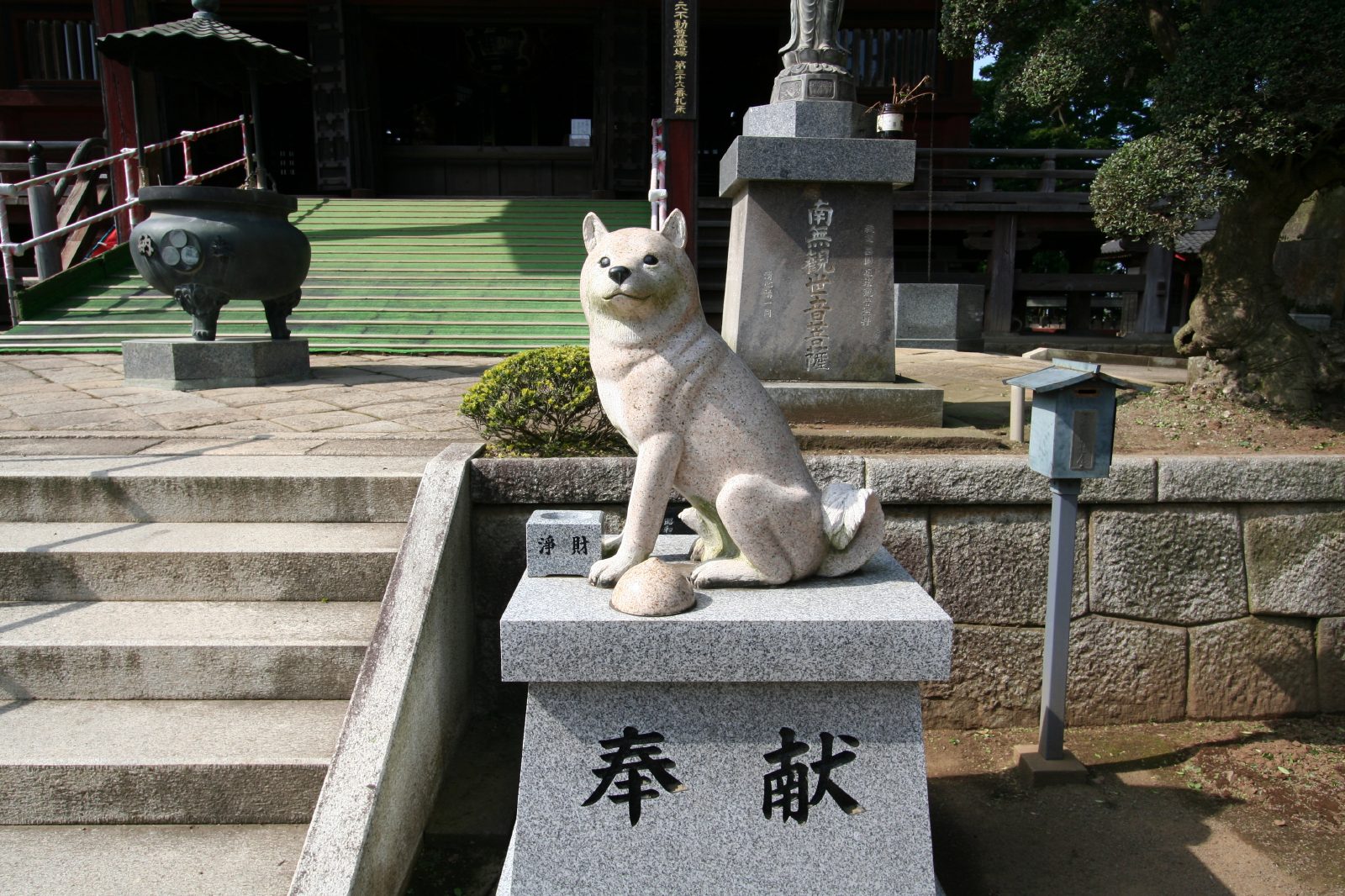 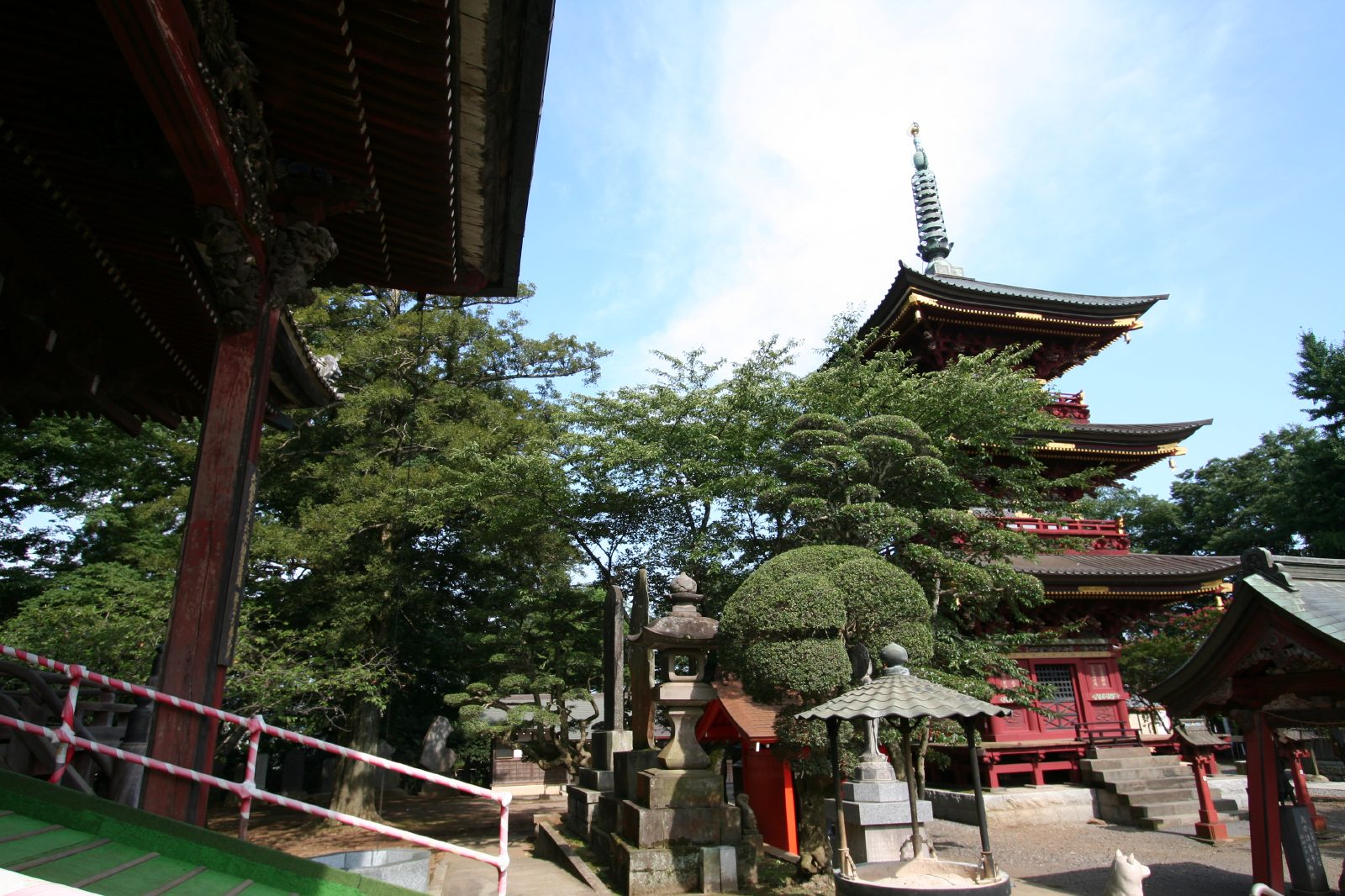 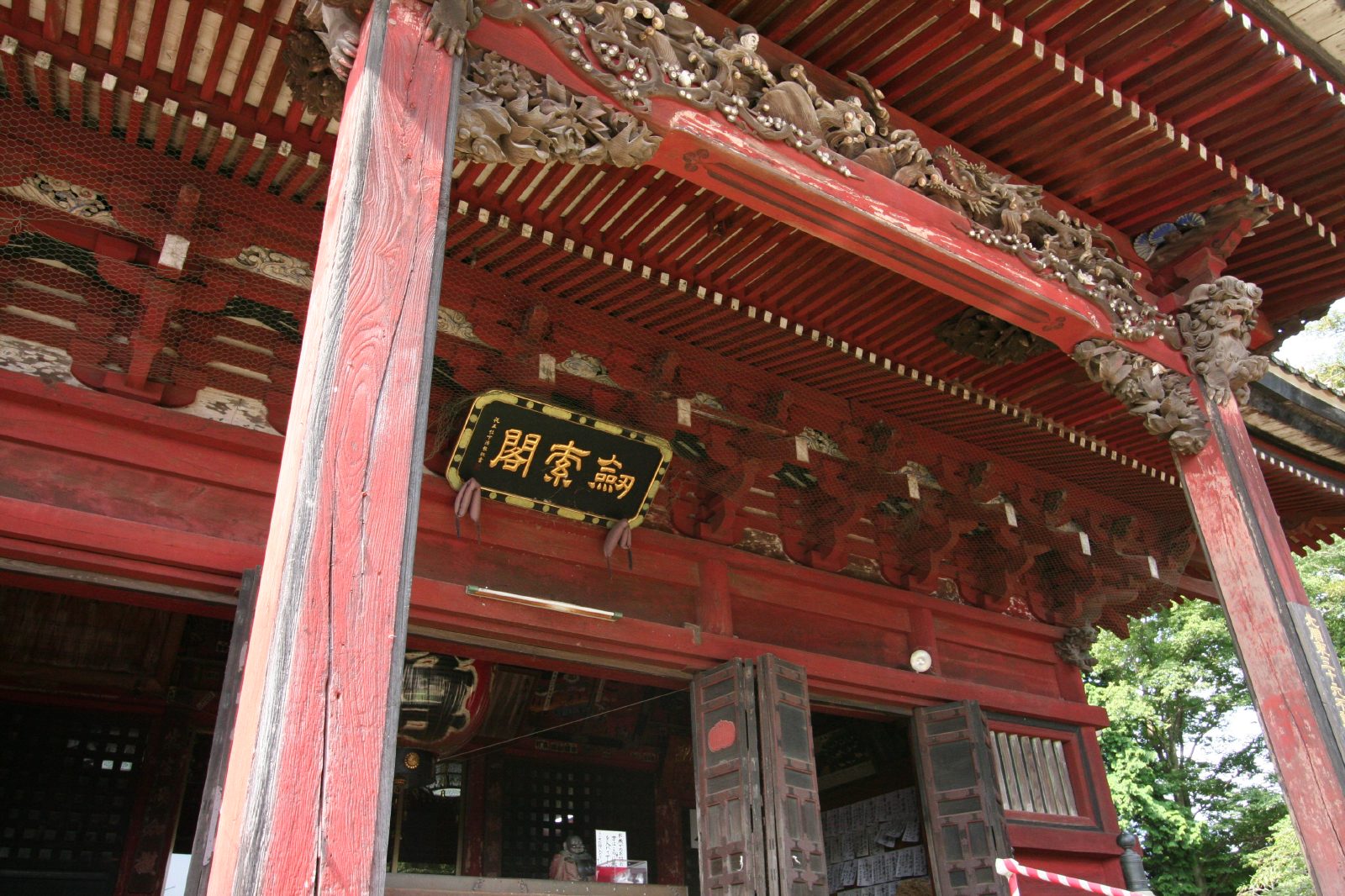 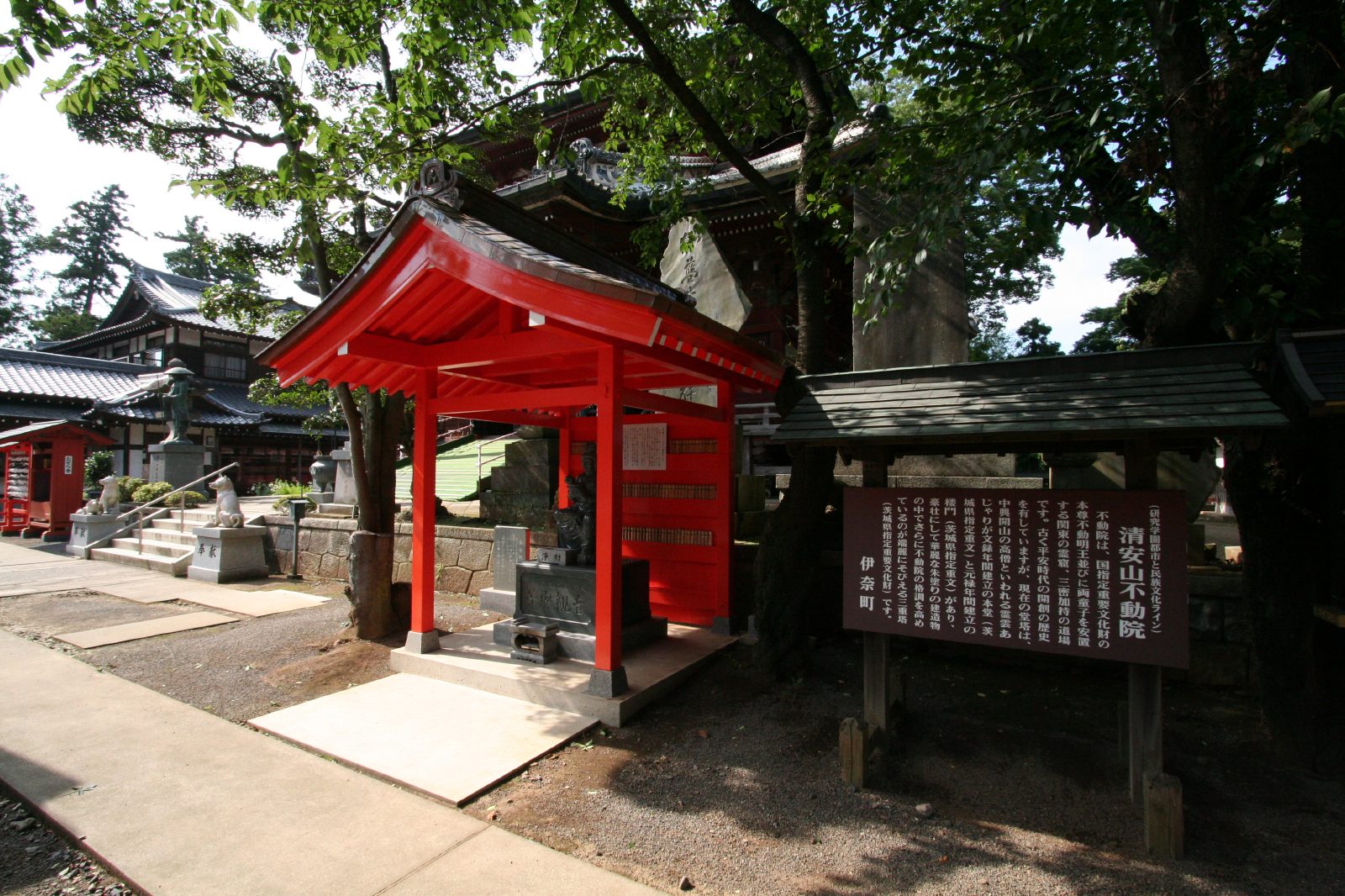 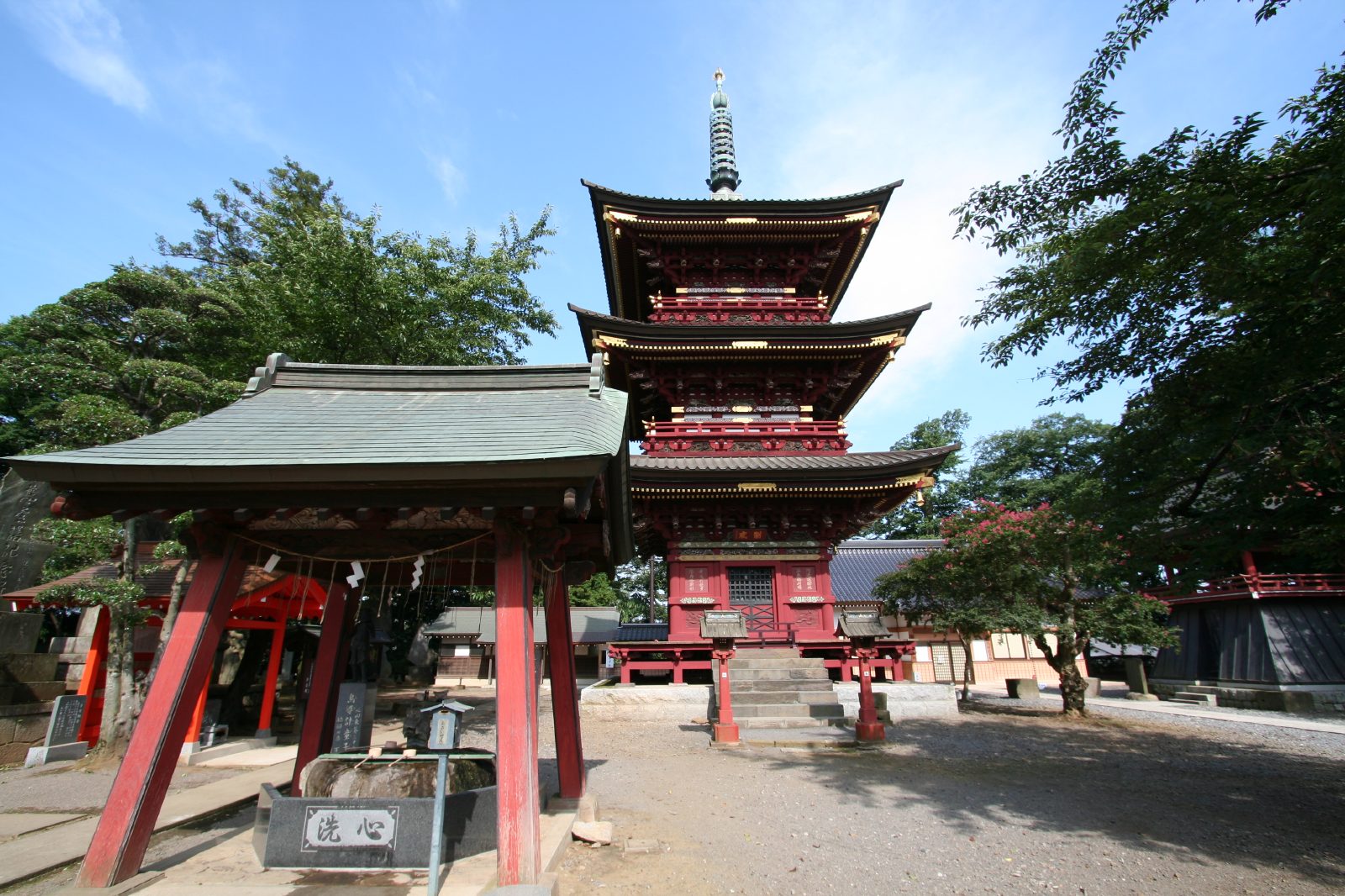 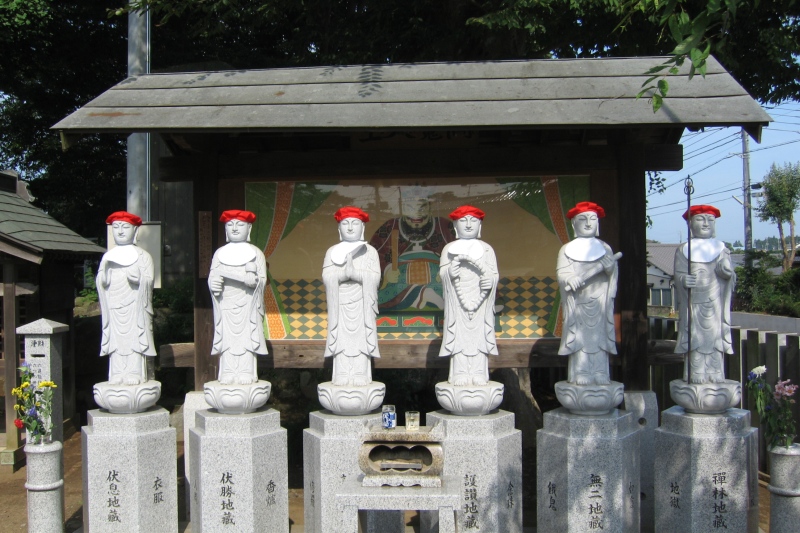 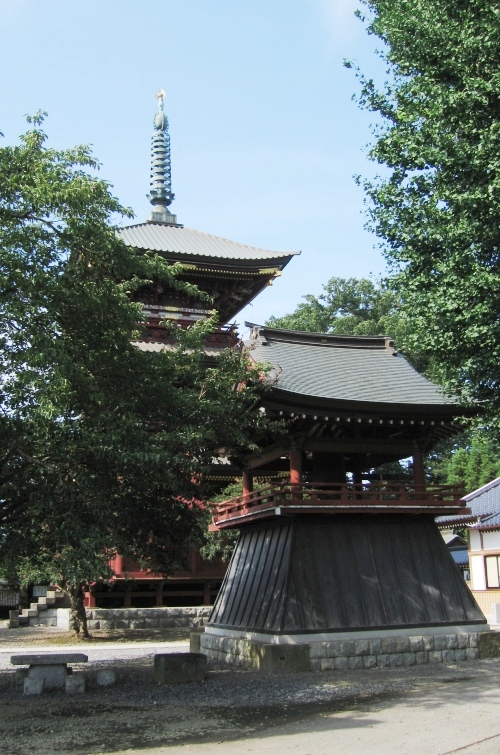